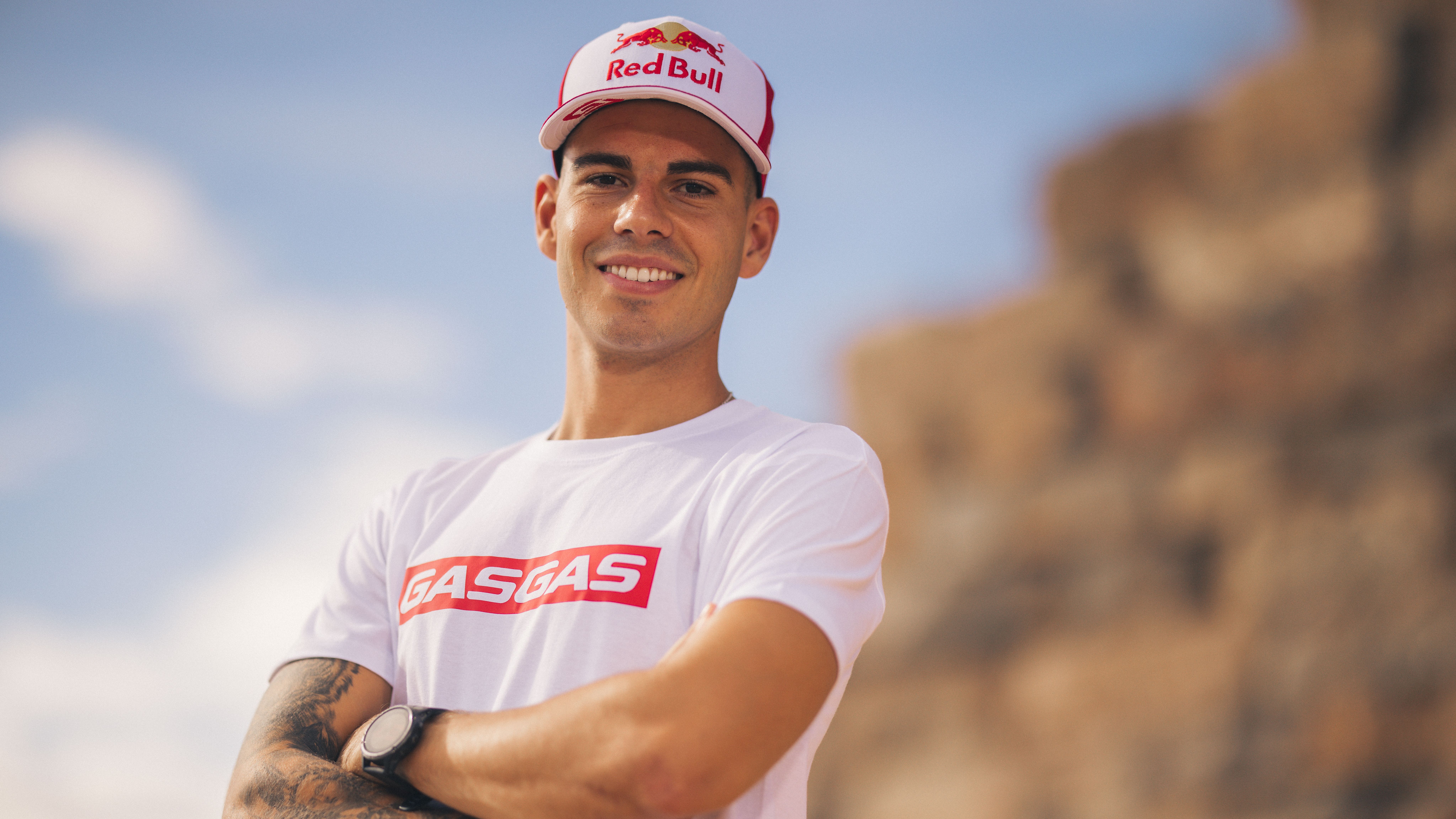 Current ‘standout’ from the 2022 Moto2™ class, Augusto Fernandez, will take the plunge into the big-time for 2023 when he will partner fellow Spaniard Pol Espargaro in the brand new GASGAS Factory Racing Team in MotoGP.

Fernandez, soon-to-be 25 from Mallorca, has been the most prolific racer in the intermediate division so far in 2022 with four Grand Prix victories prior to the Gran Premio Animoca Brands de Aragón, round 15 of 20, this coming weekend. Competing for the decorated Red Bull KTM Ajo team, Fernandez is hoping to give the squad their second Moto2 title in a row.

Augusto came through national and European levels to first taste Moto2 and the world championship in 2017. He was a replacement rider in the class in 2018 and he swiftly learned the necessary speed and demands, to the point where he notched three wins and a total of five podiums in 2019. 2020 was another educational year but he grasped six trophies in 2021 to again obtain another top-five championship finish and fall under the attentive gaze of Aki Ajo and his all-conquering crew.

Fernandez’ development, ability and potential means that he now follows the path of progression to MotoGP. Thanks to the brand-new union with the Tech3 Racing team, GASGAS now have a flow from FIM JuniorGP™, Moto3™, Moto2 and into the elite with MotoGP. The dynamic and energetic brand will enter the peak of Grand Prix for the first time next year thanks to the synchronization with Hervé Poncharal’s long established and successful squad.

"Wow, this is amazing: to be able to make the jump to MotoGP with GASGAS. I want to thank everyone in the racing structure for all their support since I signed with the Red Bull KTM Ajo team last year. I’m really happy. It’s a dream. We still have work to do in Moto2 and I want to go for the title and go to the MotoGP class – and this next challenge - in the best possible way."

"I have been following Augusto for a few seasons now and we already discussed moving up to the higher class two years ago but he was not ready yet for the big jump. When we met again recently, it appeared very clear that he was prepared to come to MotoGP. I am excited about next season because our garage will have a mix of experience and youth through Pol and Augusto. They are both Spanish and will work in a positive and constructive way and this is what we have been looking for. Welcome to MotoGP Augusto, keep calm and focus on your Moto2 championship. We will be waiting for you in our garage on Tuesday following the Valencia GP for your first MotoGP test."

"Augusto completes a special ‘all-Spanish’ flavor for the first year of the GASGAS story in MotoGP. He has worked great with Aki and his team, fought hard on the track and showed that he knows how to make the difference in a very close championship where we have seen quite a few different winners. We feel that he has done everything to earn his chance next to Pol in 2023 and to discover what MotoGP is all about. He is about to take the toughest step, where the competition is so strong, but we believe in him and he also believes in us and that’s the best reason to take a step forward."