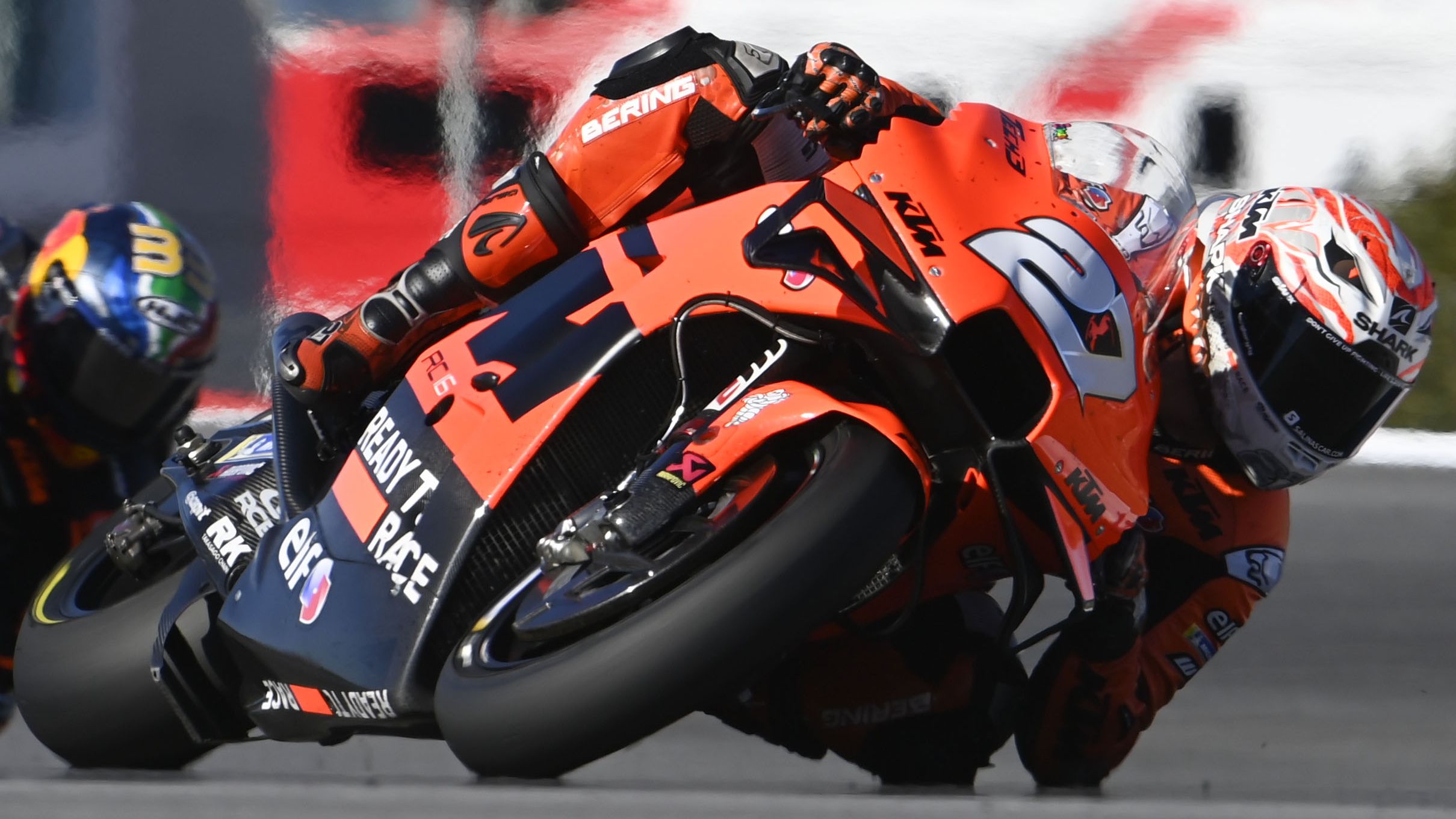 Tech3 KTM Factory Racing’s Iker Lecuona secured his second-best grid position of the year yesterday with P10 at the Autodromo Internacional do Algarve. As usual, he was flying at the start and made up three positions just on the first lap. Later on, he was fighting in eighth, but came off the track after a slight mistake in lap seven. Yet, he managed to regroup in P12 and even started to catch up to the group in front again, but while battling with KTM brand colleague Miguel Oliveira, he unfortunately crashed with three laps to go in turn 13, which brought the Grande Prémio do Algarve to the early end. 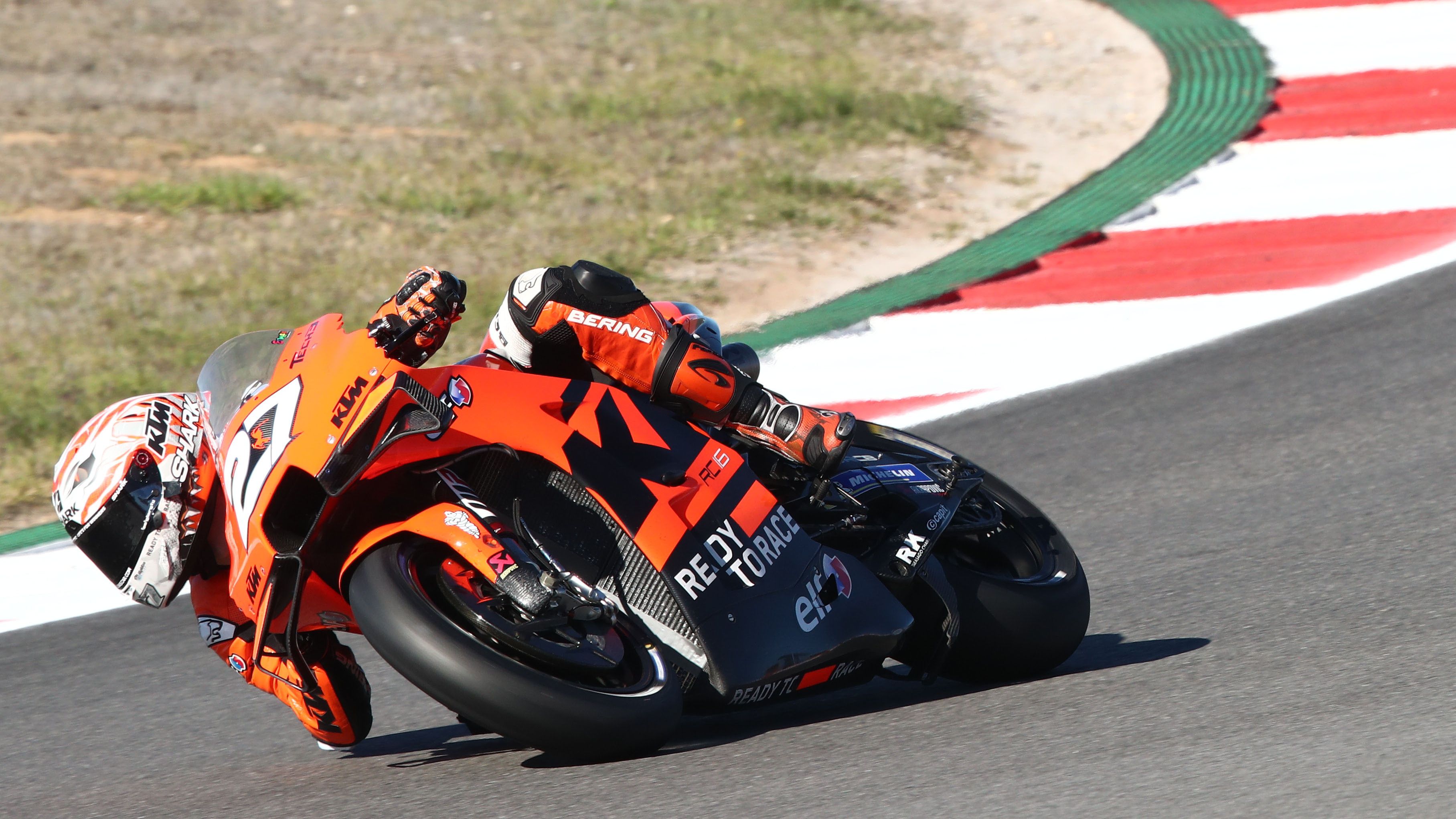 In sunny but windy conditions, Iker Lecuona showed his talent today. The Tech3 KTM Factory Racing rider made a huge step compared to Friday and went nearly two seconds quicker. He was fourth fastest in FP4 and went to Q1 with high confidence. Thereby, he did the second fastest time with a 1:39.171 to progress to Qualifying two. In the final session of the day, he lost out on the top by just 0.662 seconds, landed inside the top 10 and was the fastest KTM rider of Saturday.

Petrucci opens penultimate round in 13th – Lecuona works on pace 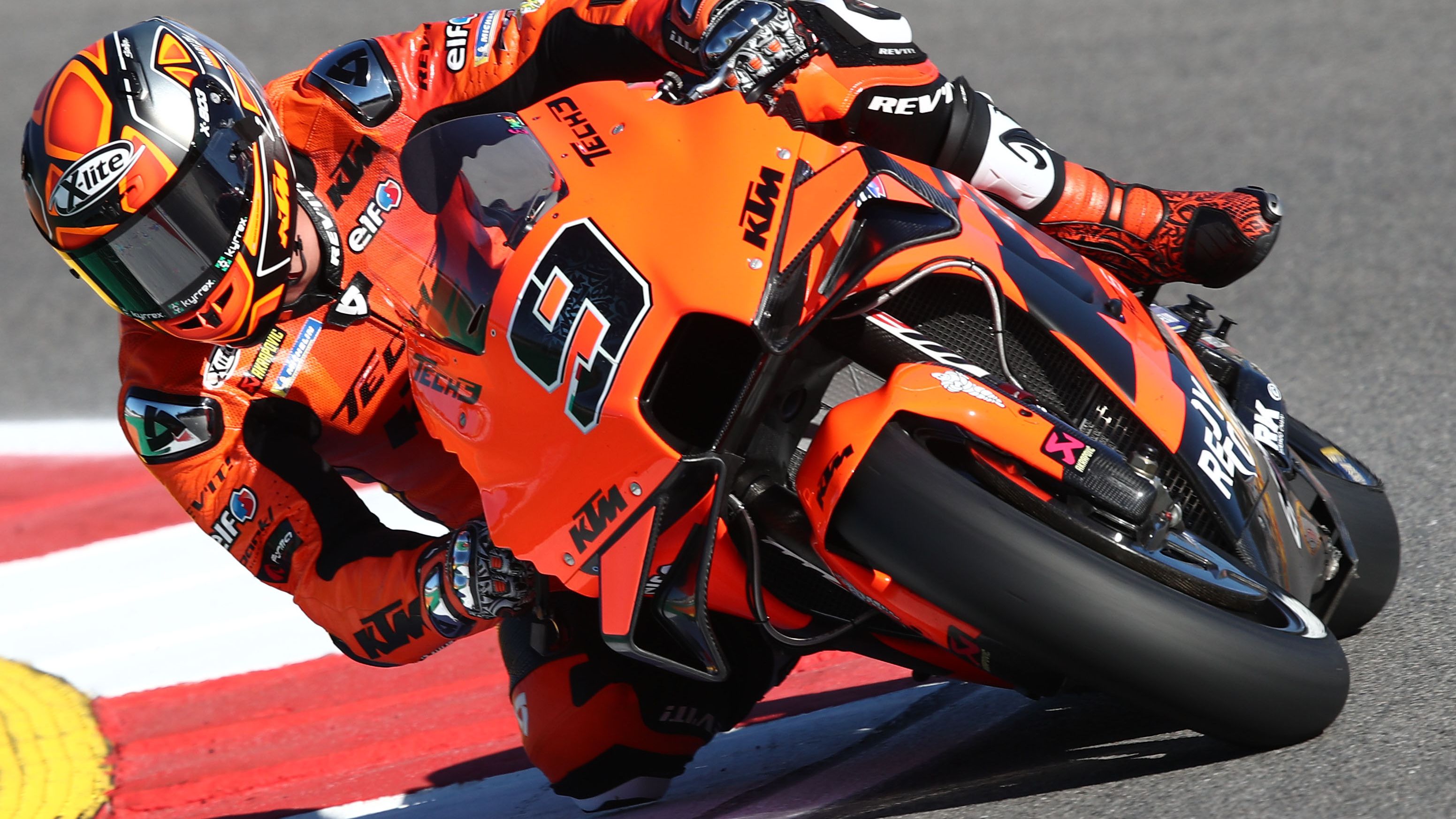 Tech3 KTM Factory Racing’s Danilo Petrucci had a decent start to the Algarve Grand Prix in sunny Portugal today. After the Italian found an acceptable feeling aboard his KTM RC16 in FP1 early, he lowered his fastest lap by nearly one full second to conclude Friday in 13th position overall, just 0.055 seconds off a provisional direct Q2 spot and the top 10.