Bumpy opening to the Italian GP for Syahrin and Oliveira

The Red Bull KTM Tech3 duo of Hafizh Syahrin and Miguel Oliveira experienced a sunny start at the Mugello Circuit in the Tuscan hills today, although they both worked hard to find a decent feeling at the demanding Italian track.

While Malaysian star Syahrin was able to lower his lap time significantly from FP1 to FP2 by 1.361 second, he eventually lost out on the top 10 by 1.226 seconds at the end of the first day. Yet, MotoGP rookie Oliveira put in a lot of work to be 0.956 quicker in just his second session aboard the KTM RC16 at the demanding Autodromo Internazionale del Mugello this afternoon, but still sees room for improvement from tomorrow’s FP3 at 9.55 local time.

"The first day was quite good overall. We are still a bit behind and try to find the right pace. The team is working really hard and we have a good rhythm, but we need to find some details in order to improve our speed. At the moment, we are a bit worried about the tyre choice in working towards the race, although we didn’t try the hard tyre yet. I hope that I can improve tomorrow and I already feel more confidence step by step. We need to work hard and get better." 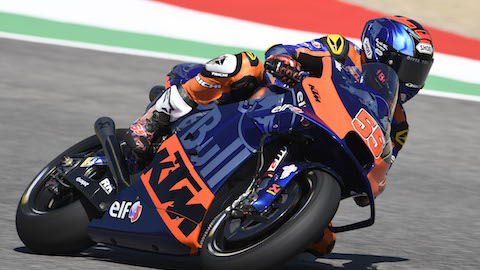 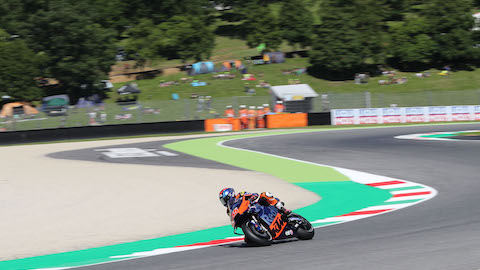 "It has been a tough day. On a different track, the first practice is always hard. The team tried to do some changes on the bike to help me, but at the moment it’s really not easy for me to find the good lines on the track and to be faster. We analyze this afternoon what we have to do and improve tomorrow." 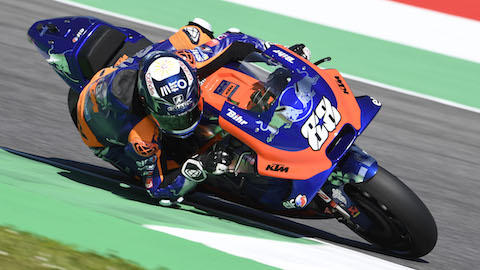 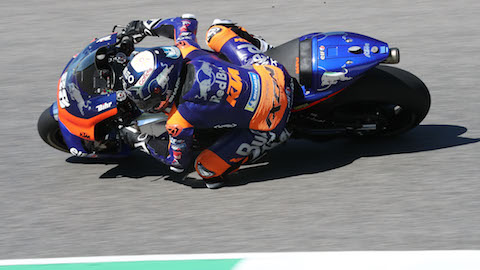