Following some intense days at the Sepang International Circuit, the Red Bull KTM Tech3 duo rounded out the pre-season test in Malaysia today with significant steps forward. While comparing different geometry settings and tyres, Miguel Oliveira lowered his pace from Wednesday by a full second, braking the 2-minutes mark while doing 38 laps today and 158 laps in total over the course of the official test. Moreover, the MotoGP rookie missed out on the top KTM rider by just 0.309 seconds.

Further Hafizh Syahrin was speeding up by 1.093 seconds related to his fastest time yesterday during an impressive morning. Like his teammate, the local hero tried different tyres, plus spent some time working with various settings today. Overall, he completed 123 laps from Wednesday to Friday, with 21 laps on the clock at the ultimate day in Sepang, before heading over to Qatar, where the Red Bull KTM Tech3 riders will be back testing in a fortnight. 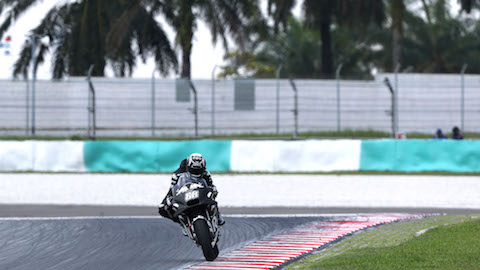 “The lap time was ok. It was not as fast as I expected, because I couldn’t match the best configuration of the bike with the best tyres in the best moment, but in any case, I’m very close to the two KTM factory riders, closer than everybody expected. I guess, this is the biggest positive point these days. We have been really competitive with used tyres, which is good for the race. At the moment, I can see a clear step forward, still I feel we didn’t extract the maximum of what we have, so I think it’s about going to the Qatar test, taking the experiences from these three days and just trying to be another step better.” 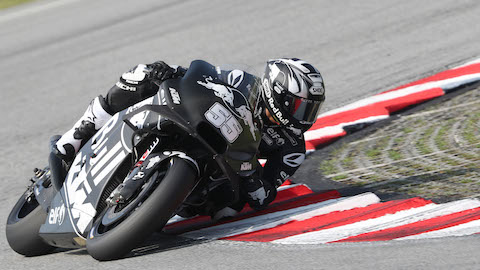 “We improved a lot compared to yesterday, were better in turning and on the brakes. The lap time is significantly faster than before, but still a bit far from the top. During this last day, I felt really good with the bike, but my physical condition was not ideal. After four full days of riding, the muscles in my arms were too hard and I was lacking some power. To be honest, I am a bit disappointed about myself for this, as the bike was truly great for this last day and I couldn’t fully use it. Anyway, I’ll try to do my best during the Qatar test before the start of the season, we are on a positive way and for sure we can be better.”