With track temperatures up to 60 degrees Celsius, the Red Bull KTM Tech3 duo faced a second boiling hot day of testing  at the Sepang International Circuit today. Following an intense opening, Miguel Oliveira completed further 61 laps on Thursday while working on various settings; from chassis to engine. The Portuguese MotoGP newcomer wrapped up the day in 20th, improving his lap time from Wednesday by 0.230 seconds.

At the same time, Hafizh Syahrin was working on his riding position and the electronics of his brand-new KTM RC16, plus confirmed the winglets, he already tried during the first day of official testing. Yet, the Malaysian lapped the circuit 53 times with a personal best of 2:01.859 minutes, following his team mate in 25th place, before the third and final eight hours of track time in Sepang tomorrow. 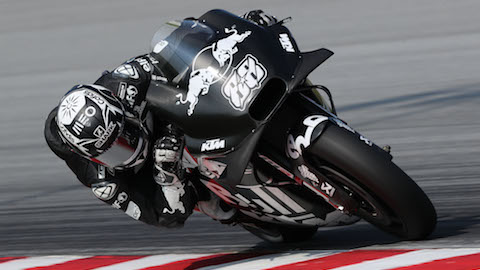 “It seems like we can improve our lap time every day a little bit. With the used tyres I was quite happy with my performance, also with the performance of the bike. It was only the last run, that we couldn’t improve the lap time, because we ran a different traction control setting, which was really something else and combined with the new tyre, it didn’t work. We had to learn, which direction to take and will finetune this area tomorrow to be able to go faster. I’m very motivated, plus the team is doing a great job, we understand the bike more and more. Today we were only missing the time attack, but I would say we are quite strong and on a good direction.” 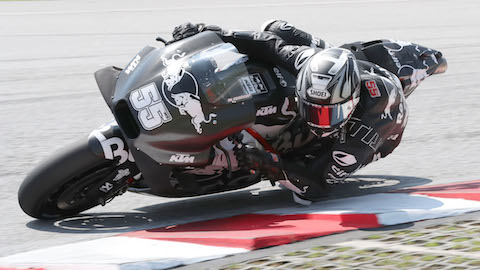 “To be honest, I’m still quite slow at the moment and far from the top, especially because Maverick (Viñales) improved in the end. But now I start to understand many things when I was on the track. Today I followed some others, while before I rode alone, trying to do my best to improve my lap time. When I followed some riders like my teammate Miguel and also Pol Espargaro and Mika Kallio, I tried to understand how they can do such a good turning. Now we found out where the point is and we’ll improve it for the last day tomorrow. I hope I can do something good. I keep my motivation and work hard and also try to give my best for my team.”