With a shakedown test and the official IRTA test, the premier class protagonists where back in action at the beginning of February. While Miguel Oliveira and Hafizh Syahrin already used some track time at the Sepang International Circuit last week, the proceedings in preparation of the 2019 MotoGP World Championship season kicked off for the entire field today in scorching conditions.

Thereby, MotoGP rookie Oliveira used day one of three to asses several electronic settings. During his final run, the Portuguese did a fastest lap of 2:00.902 minutes and climbed up the standings to 16th, while completing 59 laps in total. On the other side, Malaysian local hero Syahrin tested a handful of new evolutions, including a shock, a new fork and some winglets, plus different settings of his KTM RC16 to eventually conclude Wednesday 0.951 seconds behind his teammate following 49 intense laps at his home track. 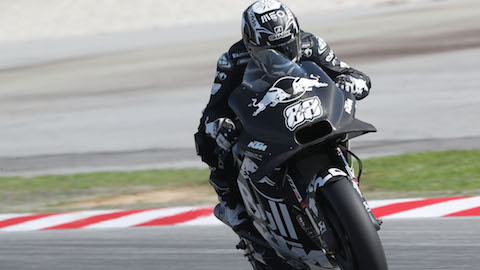 “Our day has been good. We had a small step back because we couldn’t run as much as we wanted with both bikes and the changes took us quite long, but the team did a really great job. We adapted our program and managed to test everything that we wanted. We did many good laps, which is a positive sign. Finally, to do a fast lap at the end was ok, in general I had a decent pace. So, I’m happy with this first day and look forward to improve tomorrow.” 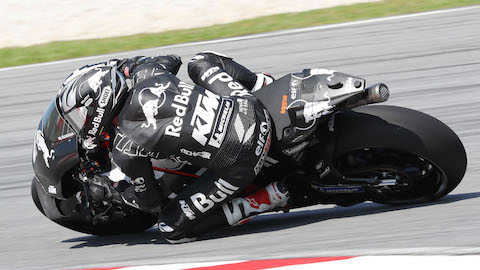 “My first impression was great after the long break following the test in Jerez. It has been a long wait, but in the end, we had the shakedown a bit earlier than some other teams. Overall, I feel good, although we are still a bit far. I was working hard to improve many things in order to try to find the best setup for my new bike, but at the moment I don’t have a good feeling with the rear. Nevertheless, with the front I have some great sensations. Tomorrow we’ll try to find a solution to get more grip on the rear and to improve the exit of the corners.”