For KTM Tech3 Racing with their riders Hafizh Syahrin and Miguel Oliveira 2019 pre season testing resumed today at the Circuito de Jerez. Both experienced a fruitful day stuffed with various new perceptions, although they were just able to go out on track around lunchtime due to cool temperatures in the morning.

While becoming acquainted with the KTM RC16, Syahrin did 51 laps and concluded the first of two test days in Jerez just 0.438 seconds behind factory colleague Johann Zarco. Hardworking MotoGP rookie Oliveira meanwhile lapped the circuit 61 times and missed out on his teammate by one second. 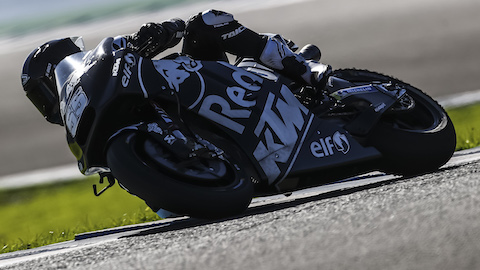 “The first day here is already over and I have the feeling that we are going in the right way together with my crew to set up the new bike. We start to understand it step by step, the character and how to ride it. We did quite a good amount of laps and began to find out how the suspension works, what we can change about it and how we can use it. We believe that we could have improved the lap time if we would have changed the tyres again, but we saved them because I wanted to do a long run in order to simulate a race. Even by the end, my lap times were quite good. So, I’m very happy and I hope we can make another step forward tomorrow, trying to get closer to the top.” 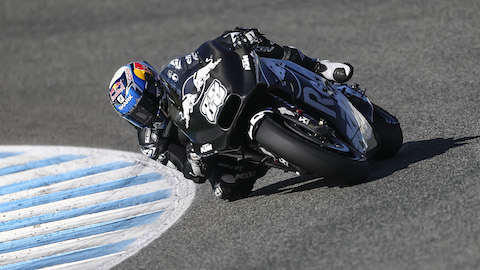 “Today we rode here in Jerez de la Frontera for the first time. We made some good progress in the course of the day. We didn’t do huge steps, but went one small one by another. We were able to understand the bike better and better, found some things that are missing, which also refers to the riding side. Now we focus on improving tomorrow.”