Starting the Motul Grand Prix of Japan from the front row of the grid, Monster Yamaha Tech3’s Johann Zarco ended the first lap in seventh position. The fast Frenchman was fighting hard to keep up with the front group, showed a strong pace and finally saw the chequered flag in sixth position. With three rounds to go, Zarco is back to sixth in the overall standings and still in striking distance for the fight of the independent riders’ championship.

On the other side of the Monster Yamaha Tech3 garage, Hafizh Syahrin showed a stunning race. Starting from the sixth row, he occupied P18 after the first lap, but step by step upped his pace and made up one position after another. The strong MotoGP newcomer eventually finished inside the top 10, gaining another point on Franco Morbidelli and is now missing out on the Rookie of the Year lead by just four points. 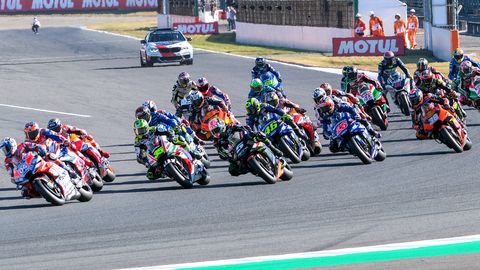 "I want to say, it was a good race. I really gave all I could give regarding energy and potential of me and of the bike. It’s a shame, as the start was good, but the first four corners I lost a lot of positions. I could not go where I wanted to go, it was too difficult and then the first ten laps maybe have been the most difficult. Later, the second half of the race, I got a strong pace and I was feeling more comfortable on the bike – not enough to catch the first group, but good enough to be fast. I could see the crash of Iannone and Dovizioso and I saw that also Rossi was forcing to be fast, so I was pushing myself to prepare to overtake him, trying to fight with him on the last lap. Unfortunately, Bautista was also coming back after his start. When he overtook me towards the end, I totally lost the contact to Valentino and the possibility to finish in fourth position. Anyway, I need to be happy. The weekend has been decent, I was feeling quite good on the bike, although I feel that things are missing. About the championship; many things are moving. Cal (Crutchlow) did a great race and his 20 points are very important for our fight for the best independent rider." 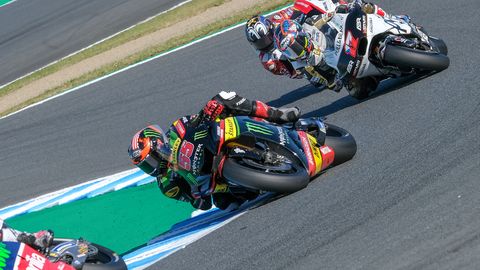 "I’m really happy to be in the top 10. This is what I always want for myself and now we’re inside the top 10 for the second time, so I’m really delighted. Thank you very much to the whole team, because they made a good job. We are always working truly hard to be strong in the race. Thanks as well to everybody who supports me and especially my family, who came here. We need to continue working hard. The next race in Phillip Island, I will do my best. It will not be easy, but I’m already looking forward and try to be in a god shape before my home Grand Prix."

“As always in Motegi, Japan, a lot of things are happening during the MotoGP race. Clearly, we didn’t get the start we were hoping for with Johann. Jack (Miller) was a bit aggressive, hit him twice and we couldn’t get the benefit of our front row position. He just tried to stay on the outside almost every corner of the first lap, but you loose a lot of positions and from that moment, it was just a mission to recover and try to catch the guys in front of him. For sure, he didn’t have the pace and I think nobody inside the Yamaha camp could fight with the top group, but the disappointment started to go away when we saw him coming back. He was catching Valentino (Rossi) tenth by tenth, but he arrived at 0.4 behind him with around four laps to go, so we were really hot on seeing on what could have happen during these last laps. But unfortunately Bautista was catching him, passed him and that was the end of the story. It was too late to try a move on Valentino. It’s been a though race, but I think Johann did his best and I want to thank him for the whole weekend, because he showed great spirit and great determination on track, which is what we want and we are happy to see him like he was, when we started the year. On the other side, we are very, very happy with Hafizh, who ended up fastest rookie again. He didn’t have such a good start and lost a few positions. It’s difficult to pass and I told him before, be careful and take your time – and this is what he did. But we could see as soon as he was passing another rider, there was quickly a gap as he was so much faster and catching up. He eventually managed to reach a top 10 position. This is a great achievement. The lap times were great, he was lapping exactly the same and sometimes quicker than both, Johann and Valentino, which is something we are very proud of. He didn’t do any mistake, but was learning every single lap. We are very pleased. Franco Morbidelli finally managed to pass Bradley Smith in the very last sector of the very last lap, so we just got one point on him. Anyway, we are only four points behind him in the championship, three rounds to go, so it’s going to be very exciting. I think he’s learning a lot and I’m very proud of Hafizh. What he did today is a remarkable race and performance.”

Stunning Qualifying performance by Zarco and Syahrin in Motegi

Monster Yamaha Tech3 star Johann Zarco missed out on the pole position for the Motul Grand Prix of Japan today by just 0.068 seconds in an incredible tight Q2. However, the Frenchman will start the 16th round of the MotoGP World Championship tomorrow from the second position on the grid, being confident of a consistent and strong race at 14.00 local time (7.00 CET) on Sunday, after he lowered his Friday’s best again by 0.346 seconds to defend his third spot in the Free Practice classification this morning.

Meanwhile, Hafizh Syahrin gained momentum in FP3 and improved his fastest lap time from Friday by impressive 1.147 seconds. In Qualifying 1 the Malaysian rookie came extremely close to his first Q2 entry as he did an amazing lap time of 1’45.767 minutes to miss out on P2 by just 0.019 seconds. Full of confidence, Monster Yamaha Tech3’s Syahrin aims to bring home as many points as possible in tomorrow’s 24 laps race, launching from the front of the sixth row. 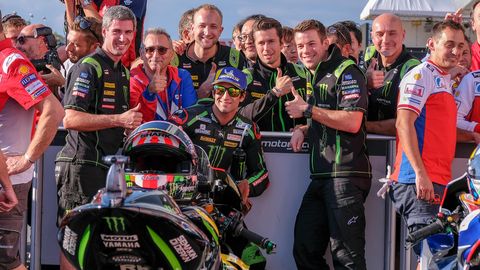 "This has for sure been a great lap! I think I missed the pole position just in the last chicane as I struggled to shift down from third to second gear and I guess that’s where I probably lost a few thousands of a second. Anyway, I’m so happy with this Qualifying! I was fast here from FP1 onwards and proved my good feeling once again. I could show clearly, how much I like this track and that I can push. Overall, it’s working well. Tomorrow we need a good start, maybe try to lead the race and it will be very important to ride the Yamaha well from the first lap on." 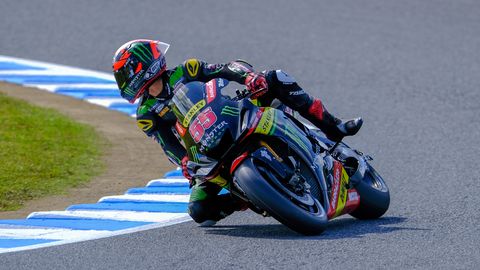 "We did a good job in FP4 and also in Q1, it was just so close. We missed Q2 by just 0.1, but anyway, we are back in the rhythm and I feel really good together with the team. I was just a bit nervous during Qualifying. Anyway, we have a strong pace and believe that tomorrow will be a good day for us. We need to make a clever choice on the tyre. From P7 to P15 everything is really close, so I think if we can do a good start tomorrow and stay within that group, we can score points. Thanks a lot to my team, because the guys found a very good package for me. I just need to improve on my confidence, but we keep working hard and are highly motivated."

Monster Yamaha Tech3 rider Johann Zarco initiated Friday in Motegi with a stunning third fastest time, after getting up to speed quickly this morning. In mixed conditions during FP2 the fast Frenchman was leading away most of the session and eventually changed to slicks towards the end. However, he concluded the day superbly as the best Yamaha rider, just 0.125 seconds off the top.

On the other side, Hafizh Syahrin had to learn the Twin Ring Motegi aboard the Yamaha YZR-M1 for the first time today. In doing so, he rode in changing conditions in the course of the first day and improved his feeling this afternoon to finish the second Free Practice as the sixth fastest rider of the highly competitive MotoGP field, eager to get back on track tomorrow at 9.55 local time (2.55 CET) for FP3. 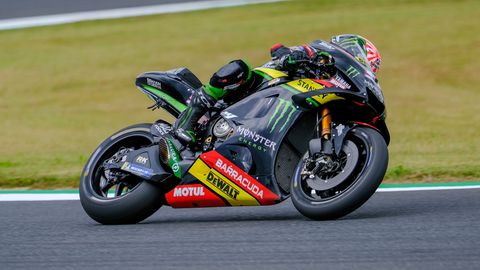 "It has been a very good first day in Japan, I’m happy. In the dry conditions, I got a strong pace immediately and this helped me a lot to relax myself and do some good work. In the afternoon, the conditions were tricky with some rain, therefore I was lucky to have been fast in FP1. It was not full wet, but we had some patches on the track. I did laps in both conditions with the rain tyres and the slick and in both cases I had a good control of the bike. Now I’m looking forward to tomorrow, to show a fast pace again and be competitive for the Qualifying." 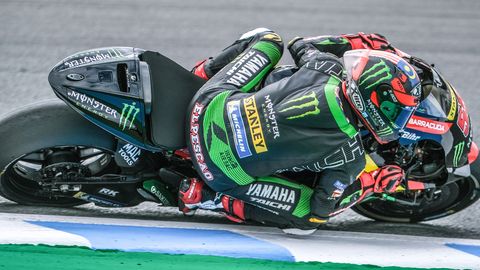 "During this first day, I didn’t do many laps in the dry, but I felt really good with the bike. In the last run this morning, we had some small issue with the brakes, therefore we couldn’t continue improving and I stopped the last run. Later in FP2, I had very good sensations, but it wasn’t enough time to use the dry time really well. Overall, I have a great feeling and I’m convinced that we can lower our lap time tomorrow morning."