This weekend’s PTT Thailand Grand Prix initiates a very crucial and demanding part of the 2018 MotoGP World Championship, being a new addition in the calendar, plus the first of four races in Asia and Australia. Following a positive test in February, Monster Yamaha Tech3’s Johann Zarco can’t wait to be back at the Chang International Circuit, hoping to turn his fortunes around and being able to fight for the glory of the best independent rider.

Nearly eight months ago, Hafizh Syahrin experienced his MotoGP debut at the new venue, where after Monster Yamaha Tech3 with all partners decided to give the Malaysian rider a chance for the full season. The talented rookie didn’t disappoint and aims to return to the place close to his home country and impress his fans in claiming back as many points as possible on Franco Morbidelli, who actually leads the Rookie of the Year classification. 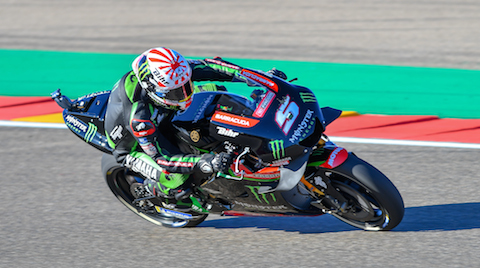 "The Chang International Circuit is a nice track, which I could see already in February when we had three days of testing there. The last memory from this place is pretty positive, so it can be the time now to come back to a good feeling and a decent position to fight with the fastest guys again. I would love to be competitive on that track. I was feeling good there and also the others didn’t have an additional test there, so they maybe have a smaller advantage than during the last races. I’m happy to go there. We start a long trip with almost four races in a row, therefore it will be important to manage my body and my mood well, but I’m sure that these two things are going well. I think the public will be so awesome supporting all the riders. I can’t wait to get to Buriram." 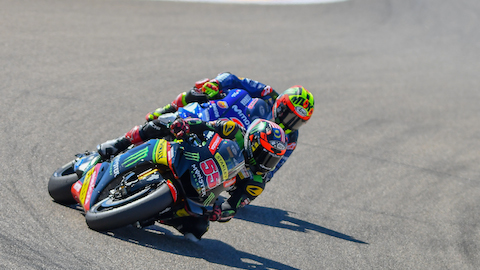 "I have great memories regarding Thailand, because in the beginning of the year I got to know that I’ll be testing a MotoGP bike at the Chang International Circuit, where I finally rode the M1 for the very first time. I had a good test and was just less than two seconds from the top. Now I hope this track can give me an extra boost for this weekend, as I really look forward to arrive in Buriram and also because it’s the beginning of the Asian rounds before the season finale in Valencia. The last two, three races I was struggling. We know that we face a tough situation together with Yamaha, so I hope they can fix something to give us the chance to fight for some better results again. I wish I can do well and I try to come back to the points scoring positions. I still believe in myself, the team is working incredibly hard, so we keep on doing this and never give up."

“Finally, we are all ready to fly to Buriram for the Thai Grand Prix. It’s an event everybody was waiting for. I think the winter test went really, really well. There were a lot of people for a test and I can imagine that the organization expects a record crowd, so everybody is flying there with a very positive frame of mind, because clearly it’s going to be an exciting round, but also a bit like unknown territory. For Monster Yamaha Tech3 the test was very positive, Johann was flying there and was the fastest guy when he stopped. Dani Pedrosa passed him for a few thousands when we were already on the road back to Bangkok. The feeling was great, which was unfortunately back in February. Since then a lot of things changed, many bikes improved, so we don’t really know what to expect in terms of competitiveness in comparison to our competitors, but clearly the feeling we had there with both, Johann and Hafizh, who was on the MotoGP Yamaha YZR-M1 for the very first time in his life. Clearly, we are excited, happy and we know how important MotoGP is for Thai supporters. They are hot and the atmosphere is going to be something unbelievable. I think we won’t forget the very first Thai Grand Prix, which will for sure be something very special. The circuit is ok, some riders think it’s a bit boring, but our guys liked it very much. It’s safe, the paddock is big enough to receive everybody in a professional way, so we just can’t wait to be there and to enjoy with our supporters. Indeed, it is a very strong market for the motorcycle manufacturers, including Yamaha, so we will have a lot of marketing and media operations to do there, but this is fun and exciting to go to a new venue like that where we know there’s a lot of expectations, so hopefully Johann and Hafizh will fly the Monster Yamaha Tech3 flag very high and we can have something to celebrate Sunday afternoon.”