With the eighth fastest time in FP1 Johann Zarco commenced the 14thround of the 2018 MotoGP World Championship season in a decent way this morning. On the hot MotorLand Aragón circuit the French star could improve slightly on his fastest time in the second Free Practice, concluding day one just 0.496 seconds behind the fastest Yamaha rider of the field.

On the other side of the Monster Yamaha Tech3 garage, Hafizh Syahrin learned his way around the demanding Spanish track today aboard the Yamaha YZR-M1 and lowered his lap time by 0.757 seconds from the first to the second session today. The Malaysian MotoGP rookie finished day one determined to further improve from FP3 tomorrow morning at 9.55 local time. 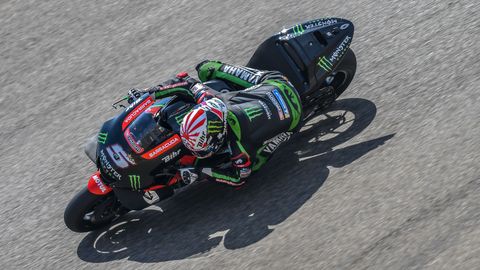 "It has been a difficult end of Friday here in Aragón. FP1 has been better than what I expected and I was happy because I had a good feeling on the bike. In the afternoon we totally lost this good feeling – the warm temperature with less grip on the track, we just lost our bike and couldn’t do anything. That’s very complicated as I tried everything on the bike but on every lap, I was too slow. It’s a sad situation, I will keep fighting anyway to be inside the top 10 and try to work for the race but we have no real solution and the gap is too big." 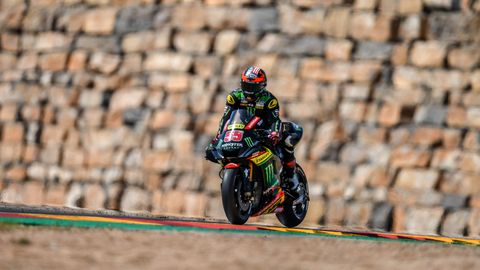 "In FP2 I had a good feeling and we were able to improve. Already on the first run I could go 0.6 seconds faster than this morning. I tried to use a different bike and with it tried to understand a different setup, but I had too less grip as we were using the same tyre like before. After the last run we put in the new rubber, unfortunately I didn’t have a good front feeling in the middle of the corner, which I don’t understand. Now I try to find out where we have to improve because position-wise we are quite far from the top. It looks like I need to understand everything better and try to improve a lot for tomorrow, as at the moment we have a very good feeling with the body and the bike, but I’m just struggling a bit on the track."