Monster Yamaha Tech3’s Johann Zarco showed a strong effort just a few days ago in Misano earning a 10th place finish following a tough race. Now the fast Frenchman is more than eager to collect as many points as possible in Spain’s MotorLand Aragón as well in order to maintain a good base in the fight for the top independent rider spot of the MotoGP World Championship.

Meanwhile Hafizh Syahrin is set to break new ground again this weekend at the Gran Premio de Aragón as the MotoGP newcomer will compete there for the first time with his Yamaha YZR-M1. The Monster Yamaha Tech3 rider aims to retake the best rookie spot from Franco Morbidelli, who lies just two points from the Malaysian in the overall standings ahead of the 14th round in 2018. 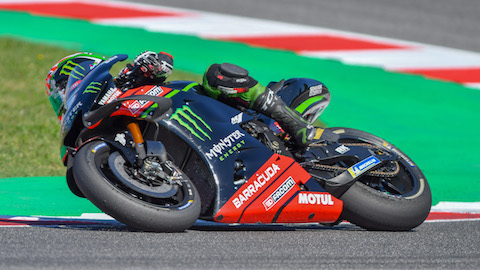 "The Aragón circuit is a huge track where I was many times struggling, so it would be fantastic to maybe struggle less this year, but to be honest, I don’t know what awaits me. Anyway, it’s a track I like, because even if I was fighting hard there, it’s always so good to ride these fast and nice corners. We don’t know the weather yet, but normally it should be dry as usual in Spain. This year I seem to find issues in many places, so maybe it’s a good sign that this might be the track where I struggle less. Anyway, the target now is to ensure the best place for the first independent rider. The championship is tight between Crutchlow, Petrucci and me, so this is the first goal to be clever, take the points and finish in front of them till the end of the year." 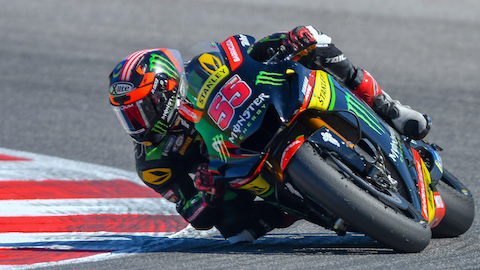 "I’m really looking forward to arrive in Aragón because the last two races I was not really good and we want to understand why, try to learn from the mistakes and will work hard from day one until the race. I hope that I can find a good feeling with the bike during this last race weekend in Europe before we head over to the Asian and Australian rounds. I’m really happy with my work now, I train hard and try to be ready and I hope to arrive in Aragón with a good feeling and my body prepared 100 percent."

“The next Grand Prix is Aragón, a place we really love. Not just the circuit itself but also the surroundings. It’s a beautiful part of the world and also the last race in Europe before flyaways and then there’s only one more, the finale in Valencia. It means a lot because not only we will have to take care of the result there but also prepare the freight to be send to Thailand, Japan, Australia and Malaysia, which is a big task and a lot of thinking before heading to Aragón not to forget anything in the workshop or in the trucks. But thanks to the fact that we’ve done it for many years and we have this unbelievable logistics that Dorna arranges, it is something that can be done quite smoothly. The GP itself takes places at a circuit we all love, but which is also very technical and demands a good handling and a very fast engine. The past races since we returned from the summer break have been difficult. We are always targeting a potential top 5 and recently this is target has been unachievable. I would like to say that I still have 100 percent faith in Johann to reach this target, also as the team is working hard. In Misano he showed great determination and didn’t give up, but at the moment it’s not easy. Hopefully we can find this extra to fight for the above-mentioned top 5. Regarding Hafizh, we lost the rookie lead, but we’re only two points behind Morbidelli, which is a lot and nothing at the same time. Clearly, it is difficult to score points in the races right now, so we have to fight and see what we can do, but also in Hafizh we have a lot of faith. The weekend in Misano started not easy for him, but he ended up on a more positive note, so hopefully he arrives in Spain with the energy you need to have a strong MotoGP weekend. Let’s see and all meet under the Aragón sun.”