Following the cancellation of the British Grand Prix, Monster Yamaha Tech3’s Johann Zarco and Hafizh Syahri nare primed to arrive in Misano for the Gran Premio di San Marino e della Riviera di Rimini this weekend, starting with FP1 at 9.55 on Friday. While Zarco is looking forward to be back at the Misano World Circuit Marco Simoncelli with anticipation after finding a fantastic feeling at the 4.2-kilometer venue last year, MotoGP rookie Syahrin faces again the challenge to learn the circuit abroad his Yamaha YZR-M1. 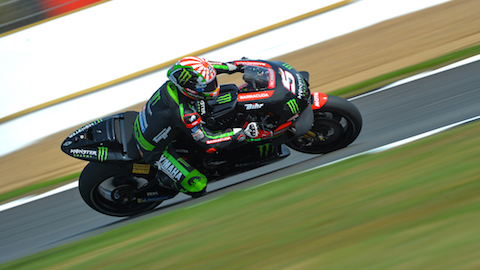 "Misano is a small track compared to Silverstone and we should have good weather there. I think there were quite some riders who tested there before, which will make my job a little bit harder to be close to the top and to be able to fight for the best five positions. I would like to be there, it will for sure be complicated, but I still believe I have the chance. I was so happy with the first row in England, so we can try to be back in the front row again in Misano, which is a track I like and I have some great memories, especially from Moto2 and I know that the Yamaha holds the fastest lap record with Jorge Lorenzo’s pole position two years ago. So, there are many possibilities for our bike and me, I will give the best as usually and try to be ready for a good race." 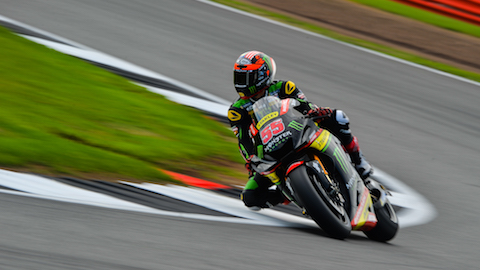 "It was a great pity for me that we couldn’t race in Silverstone because I never experienced full wet conditions on the MotoGP bike, but safety goes first, so the decision was easy. Now I look forward to Misano, a track that I like so much and I have some good memories there. I try to be ready from the first Free Practice on and I know that I have to improve my Qualifying, therefore I trained hard the last week and will try to be more focused. I hope everything is going well."

“After the big disappointment of having to cancel the race in Silverstone I believe everybody is looking forward first of all to a race itself and everybody is eager to race in sunny and warm conditions, we hopefully get in Misano, which is always a really nice venue for the MotoGP. It’s end of the summer but still you almost feel like on holiday, by the sea, it’s warm, there are plenty of nice restaurants, the most hotels have a sea view, overall, it’s really a good place to end the summer. We haven’t been testing there, quite few other teams did, especially the factories. Our factory, Yamaha, was testing too and hopefully they’ll give us some information from their work. But anyway, it’s riders, they all have a different style and obviously, we have to work hard with Johann and Hafizh. We are confident to have a decent result there and more than anything, a race at all.”