Zarco and Syahrin give their best in San Marino GP

Following a decent start, Monster Yamaha Tech3’s Johann Zarco lost four positions in the beginning of the 27 hot laps race at the Misano World Circuit Marco Simoncelli today, but was gritting his teeth to bring home as many points as possible. The French star showed a tough battle to eventually end up inside the top 10.

On the other side of the Monster Yamaha Tech3 garage, Hafizh Syahrin performed bravely today to convert his hard Qualifying into a decent race result. Starting from P25, the Malaysian MotoGP rookie passed many of his contenders and finally saw the chequered flag in 19th place. 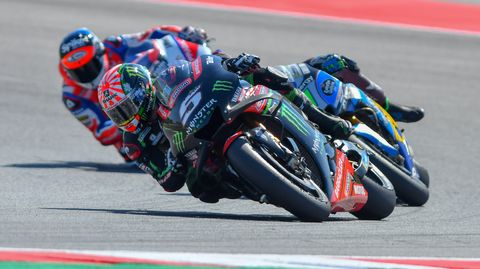 "It has been a difficult race today, it was hot. I had a good feeling from the work we did in the Warm Up. At the beginning of the race in the first corners of the first lap I was able to control the bike well. To stay with the others was difficult, especially behind Valentino, he was braking quite strong and I could not overtake him. My weak point was always that I was losing in acceleration. From the beginning of the race, I’ve lost a few meters in the exit of the corners and then I did a mistake in the entry to corner 10 and I think this made me lose a lot of time and a lot of energy. Then I tried to find the pace and relax myself but I couldn’t do more, so it was not easy. The feeling to handle and control the bike was ok but we are so weak in the exit, so for the next races I’m going to try to find a solution even in riding style to have less issues. I still don’t know. I gave all the energy I had, but still finished far from the top guys, which is difficult to accept, but it’s the way of our races at the moment. I need to accept this and work on myself to keep growing." 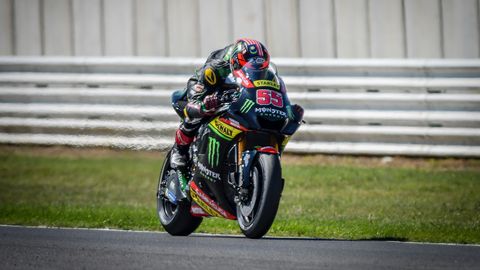 "In the end, we finished the race in 19th, which is not the position we aim for but it was a lot better than Qualifying. I still need to improve a lot and we also need to work harder for the next race. We decide to choose a rear soft tyre because I don’t have a lot of experience and we had a good pace with it, so we opted for that different tyre on the rear. In the first 10 laps I felt really good, not very far from the others but then I had a huge drop on the left side and therefore I was losing speed on the exit of the corners and had a lot of spinning. The feeling of the bike was very good, but this issue made it difficult for me to stop the bike and in addition the hot conditions today. Anyway, I gained more experience this weekend, some things to forget and some to take away. I try to learn from my mistakes and try to work hard for the next round."

“That was a tough Grand Prix, but we knew it was going to be difficult. For sure, I think the fact that we haven’t been testing here didn’t help us a lot. Clearly the best moment and the highlight of the weekend for us was when Johann managed to go directly to Q2 on a still slightly damp track on Saturday morning in FP3. The rest of the weekend was obviously damage limitation. We did the best we could, we took a soft front and a soft rear and thought it could be a help in the beginning of the race to stay with the front guys and it worked until the Johann was trying to pass too hard and lost four positions, he went down from 9th to 13th. Lap time wise he was ok, he was lapping the same like the guys in front but couldn’t catch them anymore. A top 10 result is ok, thanks to Lorenzo, who helped us to arrive there. But it was a tough thing; Maverick Viñales fifth, Valentino Rossi seventh, Johann tenths shows that it’s not easy. There will be tracks which are better for us, for Yamaha, but right now it’s a bit of a struggle. The good point is, that we stay in contact for the best independent rider together with Cal Crutchlow and Danilo Petrucci. Let’s wait, I think Aragon will be a bit easier. On the other side, Hafizh Syahrin had a much better day today than the whole weekend with Warm Up and race and I think it’s always better to finish on a more positive note than the one he was going through on Friday. He did a good race, passed quite a few riders, did some decent lap times and hopefully Aragon will be also easier for him. Anyway, this is his rookie season, he is in a learning process and just lost two points to Franco Morbidelli now, but we’re still there and hopefully there will be tracks where we can be closer and in front again.”

In challenging conditions Monster YamahaTech3’s Johann Zarco showed his incredible talent at the Misano World Circuit Marco Simoncelli this morning by taking over the top with his last flying lap and lowering his best lap from Friday to make it directly to Q2. He concluded the all-important Qualifying just 0.621 seconds behind the new pole position record.

In the meantime, Hafizh Syahrin did some great steps in today’s FP3, imroving on his FP1 time by incredible 1.786 seconds, but struggled to find his strong feeling again during the short Q1 session in the afternoon and has to tackle his 12thever MotoGP race at 14.00 local time on Sunday from the ninth row of the grid. 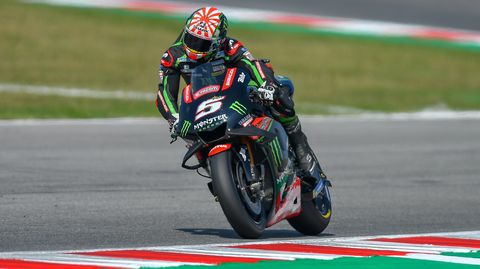 "Overall, it has been a good Saturday. I’m especially happy about this morning when I was able to make it directly into Q2 and I saw again how important it is to keep your energy in order to have the best possible Qualifying. My lap time has been incredible today, I also improved my personal one. In the end I start in ninth position and it is really difficult to do better. We are not so far and I think that the work, we are doing is positive, so I keep that in mind and stay strong for Sunday." 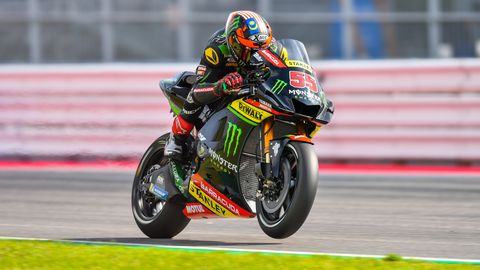 "The Qualifying was very difficult for me after we had a great third and fourth Free Practice today. I wanted to do a race simulation in FP4, but I had a small crash in turn six with the bike I had the best feeling with. Unfortunately, I wasn’t able to use my favourite machine in Q1, although we tried to use the same setting, but it didn’t work as we wanted. It’s a pity as I really wanted to improve my position. Now I need to start quite far back, so I know that I need to make a good start, try to deliver a decent race performance and work on this in the Warm Up tomorrow morning."

Determined Monster Yamaha Tech3 pair is back on track in Misano

Monster Yamaha Tech3 star Johann Zarco was quickly up to speed in this mornings’ FP1 session, finishing in seventh position and lowered his fastest lap by 0.256 seconds this afternoon to eventually conclude Friday at the San Marino Grand Prix just 0.005 seconds behind the tenth fastest rider.

On the other side, MotoGP rookie Hafizh Syahrin had a difficult first day on board his Yamaha YZR-M1 for the first time at the 4.2-kilometer-long circuit. The Malaysian youngster is working hard on improving on his 25th position in FP3 tomorrow morning at 9.55 local time. 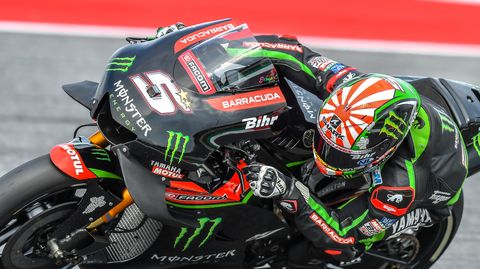 "I began better than what I was expecting and I’m happy for that, although it’s a pity to miss the top 10 today. I want to take the positive of today. In the afternoon we were a bit scared about the possibility of rain, so I went straight out with a new tyre. I did a good lap time, but not good enough to be in the top 10 and in the last minutes my tyre was not fresh enough to be even faster. But I did many good laps and this is truly positive. I cross my fingers to have dry conditions tomorrow morning in order to improve my lap time to be directly in Q2. Anyway, I’m positive about that as I have a good feeling on the bike at this track." 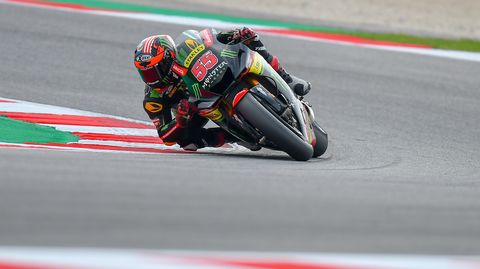 "At the moment I didn’t find my good feeling, but I’m really happy that we worked really good in the first laps of FP2. I don’t know why, but I lost the front in turn seven. From there we were struggling a bit to find the best feeling with the bike because we changed to the other machine and tried to put the same setup, but it was different. I try to work hard and want to improve my lap time and my position tomorrow, as I don’t want to start in the last row. I give my best for Saturday, try to find a good rhythm and I’m ready to come back as strong as possible."