With an intense and successful Brno test fresh in their minds, Johann Zarco and Hafizh Syahrin head straight to Spielberg, Austria this weekend with the aim to convert their great sensations into important results, starting from this Friday at 9.55 with the first Free Practice.

After a strong Czech GP, Monster Yamaha Tech3 rider Zarco used his experience from the race to find an even better setting of his Yamaha YZR-M1 during the one-day test on the same track and is now eager to prove his enhanced feeling in the Austrian hills. Likewise, Syahrin can’t wait to arrive in Austria in order to adapt his work on his riding style on Monday to the Spielberg circuit. In addition, the MotoGP newcomer aims to extend his lead in the Rookie of the Year classification. 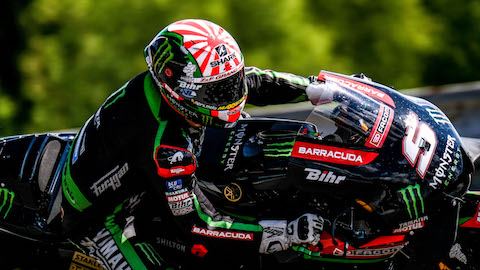 "Spielberg has a nice track, which I really enjoy since I was riding in the Moto2, where I celebrated a victory. Last year it has also been a great fight with the other riders. I hope I can have the same battle and try to reach the podium. I’m sure, that Ducati will be strong, but why shouldn’t I try to follow them as long as possible. So, I go there with a happy mind and in a happy mood. After the great race in Czech Republic I have high hopes because my feeling is on the way back to be fast and I want to use it immediately in Spielberg." 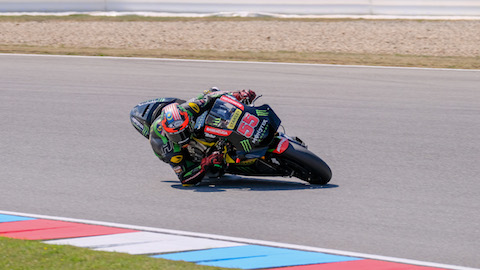 "We have a back to back race after Brno. I’m really looking forward to Austria and want to improve my riding again and extend my experience with the bike. I want to score more points this weekend than during the Czech GP. I’m incredibly excited to ride this track in Spielberg with the big bike. This is going to be a lot of fun. We’ll see what we can do, especially in the fight for the best rookie, which I want to win. Also, I aim to learn from the other more experienced riders, want to work hard and get closer step by step."

“I believe the Monster Yamaha Tech3 team had a really strong and fruitful test on Monday following the Czech GP, although we have absolutely nothing to test as new parts or new items, it’s always interesting to play with the bike and to gather some more feedback. You can do things and try out stuff you don’t do during race weekend because during the race weekend you’re always obsessed by the time remaining and the stop watch. This is a good way to work with a free mind and you can also take more risks. So, you can understand things better and you and the team can stronger and quicker understand what is necessary. Anyway, it has been a good test and I want to thank both, Johann and Hafizh for their hard work and dedication. They are true athletes and I’m proud to have these two guys with us, as they put their head down, work hard, barely complain and always try to keep a positive attitude, no matter what is happening. Now we have only three days before the next practice starts in Austria. I really hope both can use these few days to recover. The team has also been working really hard, back to back races are never easy, especially when you have a day of testing in addition on Monday. Anyway, Austria is a very nice place. Clearly, on Wednesday and Thursday you can enjoy the paddock, which is beautiful and also the nature and the surroundings are great. Thank you Johann, thank you Hafizh, thank you the whole team, the technicians, the hospitality and media staff: have some rest and in a few days we’re back to work.”