In scorching conditions Monster Yamaha Tech3 star Johann Zarco initiated Saturday in Brno with one second off his pace from Friday morning and was able to improve again during Qualifying this afternoon. In a tough battle, he finally missed out on the pole time by just half a second and will start the Monster Energy Grand Prix Ceske Republiky from the front of the third row.

On the other side of the Monster Yamaha Tech3 garage Hafizh Syahrin did some great steps in the course of the second day. The Malaysian rookie was working hard on his pace, which proved to be the right direction as he improved his lap time from FP1 to FP3 by 1.415 seconds. In Qualifying he was fighting the heat to eventually end up in sixth, whereby he missed out on Q2 by only 0.433 seconds. Syahrin is primed to start his tenth MotoGP race tomorrow at 14.00 local time from the sixth row of the grid. 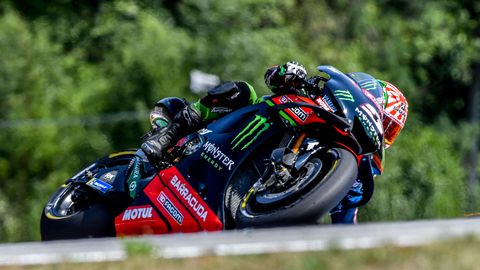 "Today has been good, I got a decent feeling on the bike and I think it’s always great to work well with the team. I’m also happy that I was able to get into Q2 directly as with the hot weather it’s always useful to save some energy. In Qualifying I found improvements from the first to the second exit, but everyone is just so fast. In the end, it was simply not enough to find myself fin the first two rows. The competition is high, it’s MotoGP and I want to enjoy that because it pushes myself to the limit." 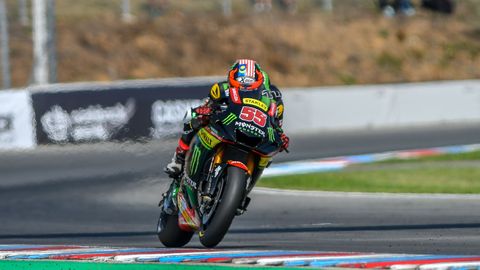 "The Qualifying has been really tough for me. I thought I could challenge the top, but apparently I was struggling a bit with the rear soft tyre. Anyway, we are not very far from Franco Morbidelli, who is quickest rookie. I aim to find a comfortable feeling with the setup of the bike during the Warm Up on Sunday morning and try to have a good start for tomorrows’ race. I’m sorry to my team and all my fans that I didn’t manage to get a better Qualifying position in order to start more in front."