Following a two weeks’ summer break, the entire Monster Yamaha Tech3 team can’t wait to hit the track again this weekend for the Monster Energy Grand Prix Ceske Republiky. Thereby, Johann Zarco aims to find back to his form of the first races this season, while Hafizh Syahrin wants to maintain the lead in the Rookie of the Year classification.

The very important and exciting second half of the 2018 MotoGP World Championship season kicks off this Friday with the first Free Practice session at 9.55 local time. 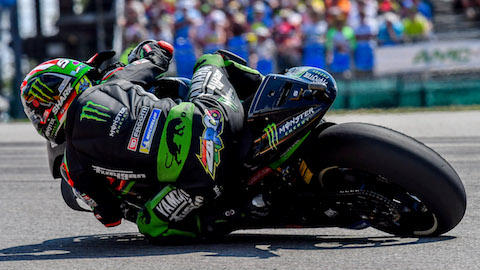 "The Brno circuit is a very nice track, which I like a lot. It’s quite wide and interesting to go fast in that place – totally different to the Sachsenring, so I hope I will have a very good feeling again and be able to give some great information to my guys. To be back in the top 5 would be fantastic. Let’s wait and see how the weather will be. Maybe it rains, as we know from last year, it can disturb the race. It was very tricky in 2017, so we need to do it better. After the summer break I feel pretty good. I could analyze everything and I know that I just need to push" 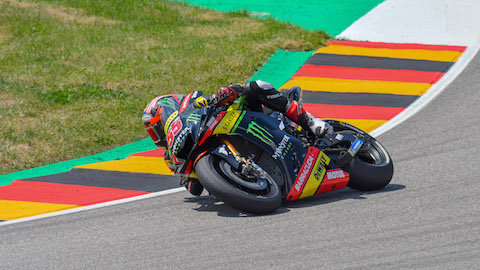 "The Brno track is very good for me, so I try my best again. I want to fight for the Rookie of the Year award, therefore my main target is to bring home as many points as possible in order to open a gap to my fellow rookies, especially to Franco Morbidelli. I’m ready to come back after the summer break, physically and mentally I feel well prepared. I’m just focused on the rookie challenge, first in Czech Republic and then also for the remaining nine rounds. I hope the weather in Brno will be nice and not as tricky as last year."

“Although it was a short summer break, I believe that everybody enjoyed it a lot and it was really useful in order to be ready for August that will be very busy, because we will have three races in one month with the next two back to back. To start the second part of Championship in Brno is always a pleasure, because the paddock is huge, the atmosphere is always very friendly and therefore, the Czech Republic is a good place to come back from vacation to exchange experiences. Of course, it’s also a very beautiful race track for spectators and riders, but at the same time very technical and demanding. A few teams have been testing there, we didn’t do it, but last year we were quite fast until Sunday when we had a very difficult race to master which started in the wet and had a flag to flag, so the result was a bit strange. But I believe that our riders like that track and the Yamaha is always quite competitive there. We have a lot of fans, so it’s another very important race. Plus, it’s the second Grand Prix where our main sponsor Monster is also the title sponsor, so it is an even more important race for us to try to shine and leave some good impressions to our sponsors. It’s important to restart the second part of the year on a positive note. Hafizh did quite strong results by the end of the first part, while Johann was not in a positive mood like in the first races of the year, so hopefully we find the Johann back we had in Qatar, Argentina, Texas, Spain and France. I spoke to him and he seems to be really positive, full of enthusiasm and with the desire to be back. Meanwhile, Hafizh went back home to Malaysia and I think he enjoyed it a lot spending time with family and friends. Sure, both our riders will be fine and eager to start again.”