For the eighth round of the 2018 MotoGP World Championship Johann Zarco lined up in the third row of the grid and was fighting in the front group all over the demanding 26 laps race in order to eventually see the chequered flag in eighth position. Currently, the fast Frenchman sits in fourth position of the overall standings and is well in striking distance to P2, plus leading the independent riders championship with 81 points.

On the other side of the Monster Yamaha Tech3 garage, Hafizh Syahrin had a tough time in his first ever MotoGP race at the challenging TT Circuit. The Malaysian fought hard with his fellow rookie Takaaki Nakagami in the latter stages and ultimately earned the newcomer laurels thanks to a penalty of his opponent. Yet, Syahrin aims to score points again in just a few days’ time at the German GP. 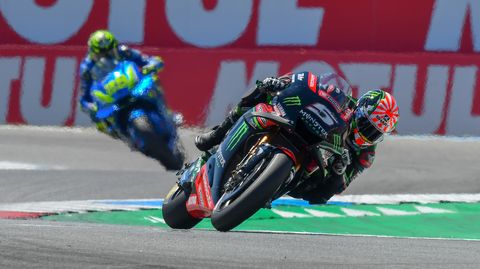 "This Sunday was a happy day. I saw a few things in the Warm Up and said to the team it’s going to be difficult to fight and I want to make a few steps, just to be able to battle the guys, to be able to brake well and stay with them. I think, we did that step, so it has been a good feeling. The start was good, then Iannone overtook Rins and Rins had to go wide, anyway it has been complicate to gain positions in the beginning, but immediately I was feeling good, could pass Petrucci and came to Crutchlow and was able to stay with this fantastic group, that was riding well. I could stick with them, but it was not enough to really fight because we struggled during the weekend. Maybe it has been the step that was missing to be able to fight for the podium, but I need to be happy. Some good feelings are coming back and we are fourth in the championship, so in any case we need to keep being strong. Overall, it has been a great and funny race." 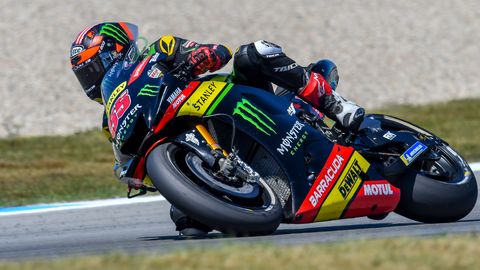 "I’m really sorry to my team! In the beginning of the race I had a good pace behind Dani Pedrosa. I had a good start, but the entry to the first corner was too tight and I didn’t pick the best line into it. Many riders passed me from the outside, so I tried to keep the pace and felt good. But suddenly after lap 10 I felt that my front tyre was dropping, I couldn’t brake really hard anymore and was not able to keep the good pace, which was maybe down to my tyre choice. In the end I can only try to learn from this. We know that we could fight for the points and something better than this position. I try to work hard and want to improve with this experience."

“It has been a tough weekend for Monster Yamaha Tech3. The entire weekend we saw that everybody was so close to each other. I think both, Johann and Hafizh worked really well and very hard. The qualifying was a bit of a disappointment as five seconds to the end of it, we were first and we ended up eighth. Although the start was again not ideal, we could see Johann fighting back and being in the front group, which was eighth riders all together until the last laps. You could have the feeling that he was hanging on there, clearly, he was struggling to keep the pace of the others and very wisely he made it to the flag, got eighth position and eight points for the championship, which is still giving us enough to remain fourth in the riders championship and we’re quite proud of it. But obviously it’s been another tough weekend, where I have to thank Johann, because he never gave up and I want to congratulate him for this. Hopefully the next few tracks are going to be a bit easier for us. On Hafizh’ side, I was really happy yesterday with the Qualifying and with the way everything went, but today his first lap was bad and the pace was not enough. It’s a big drop compared to what he has been showing us in Catalunya. We hoped we could make up a few points on Franco, but we just ended up 18thand honestly, it’s been disappointing. We knew from the start, that Hafizh didn’t like Assen, but to be a top MotoGP rider, you need to be fast everywhere and it didn’t happen this weekend. We could see in Barcelona, that he can be part of the best and of course, he is a rookie and still has a lot to learn. So, thanks for his dedication and let’s hope Sachsenring will be a bit easier to allow the whole team, including the riders to go on vacation with a positive feeling.”

Monster Yamaha Tech3 star Johann Zarco showed a fantastic effort this afternoon at the TT Circuit in Assen. During his first Q1 session of the year, the fast Frenchman snatched the top position last second and did an excellent 1’33.072 in Q2, which made him miss out on the pole position by just 0.281 seconds, starting the Dutch GP on Sunday from the middle of the third row.

Yet, Hafizh Syahrin was leading the Q1 session after his first flying lap but was unable to improve on his fast lap time as he run into traffic on track. Thereby, the Malaysian rookie missed out on his first second Qualifying of the ultra-competitive premier class field by only 0.066 seconds. Syahrin lowered his fastest lap from Friday morning by incredible 2.172 seconds and is set to attack from P15 on the grid for tomorrow’s 26 laps race at 14.00 local time. 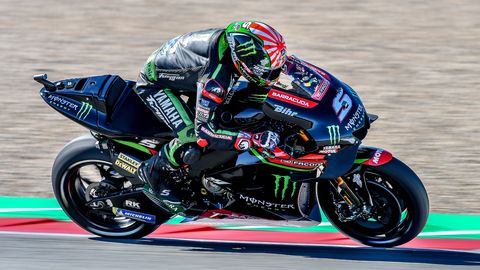 "Today has been a better day than Friday, but we had some ups and downs in the course of the practices, which makes it difficult to work consistently on improving myself. We have some good things, some bad things and it kept changing. Finally, we were coming from far in the Qualifying. On the last lap of Q1 I could save my Q2 and then we started well. We also finished well, I improved my best lap time by more than five tenths, so it’s a lot, plus we are not far from the pole position. Everyone is so fast, which complicates the job. Overall, I’m positive about this day and apart from the final position, the lap time was great. I need to find the pace and an easy feeling during Warm Up in order to be ready for the race tomorrow." 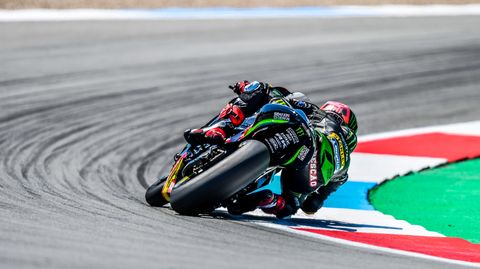 "I was very close to Q2, just 0.066 seconds, which is unfortunate, but the time I did was behind another rider, who held me up later, so I couldn’t improve this little bit I needed to make the step. I saw my time and went to the front, but I knew that it required another try to go to Q2. Anyway, I’m really happy about the work we did in the team. I will try to get my rhythm for tomorrow’s race in the Warm Up and we try to keep focused on the race."

Johann Zarco initiated the Dutch Grand Prix today with a solid performance, improving his fastest lap from FP1 to FP2 by one second to eventually reach the top 10 and therefore a provisional entry to Q2 on Saturday. Meanwhile the fastest rookie of the field, Hafizh Syahrin did well to lower his best lap time from the first to the seconds session by impressive 1.592 seconds. Yet, the Malaysian concluded day one at the sunny TT circuit in P12, before pushing hard again tomorrow in Free Practice 3 at 9.55 local time. 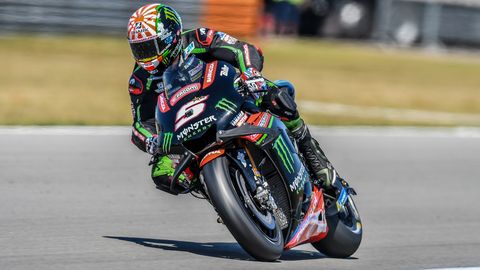 "This morning the beginning here in Assen was difficult. I was sliding a lot with the bike and when this happens, you lose the control too much. So, I was fighting from the first practice on and knew, that we have to try to control the bike better. In the afternoon we did a huge step, that helped me a lot. Unfortunately, I had a small crash, but luckily I don’t feel any pain, plus we understand the reason for this, which is important. I think we can keep on working with this good feeling we had in the afternoon, I still enjoy sitting on the bike and this will for sure help to find the pace to be with the top guys again." 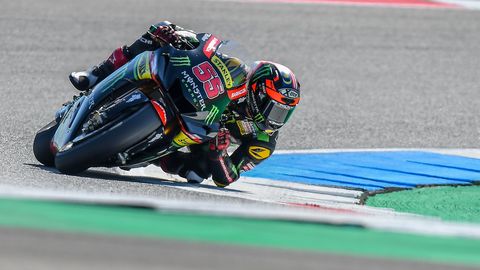 "I felt very good on the first day, we are just 0.8 from the front. I have the sensation that I can do a little bit better, but sometimes you feel this, but something disturbs you. I was on the fast lap and found a bit of traffic. Anyway, I believe that I can improve my lap time from now. Overall, it’s ok. In the first Free Practice I tried to learn and tried to understand the track, because this circuit is very fast. In FP2 I felt really good, like in Montmeló we are close to the top 10 again, which is quite good. I’m the first rookie again and aim to stay in this position, plus trying to get into Q2. I hope that we can make another step forward tomorrow."