Monster Yamaha Tech3 star Johann Zarco showed a brave performance today at the Circuit de Barcelona-Catalunya. Following a difficult start, the fast Frenchman found himself in 12th spot after the first lap and started his comeback. Lap by lap he made up positions, getting out the most of himself and his Yamaha YZR-M1 and eventually saw the chequered flag in seventh.

On the other side of the garage, Hafizh Syahrin did an incredible race, after launching off the line from P14, he performed in a determined way, whereas he fought his way through to ninth. Unfortunately, he highsided with just a few laps to go and therefore, already sets his sights on the Dutch Grand Prix, where he aims to make up for the lost points in just 12 days’ time. 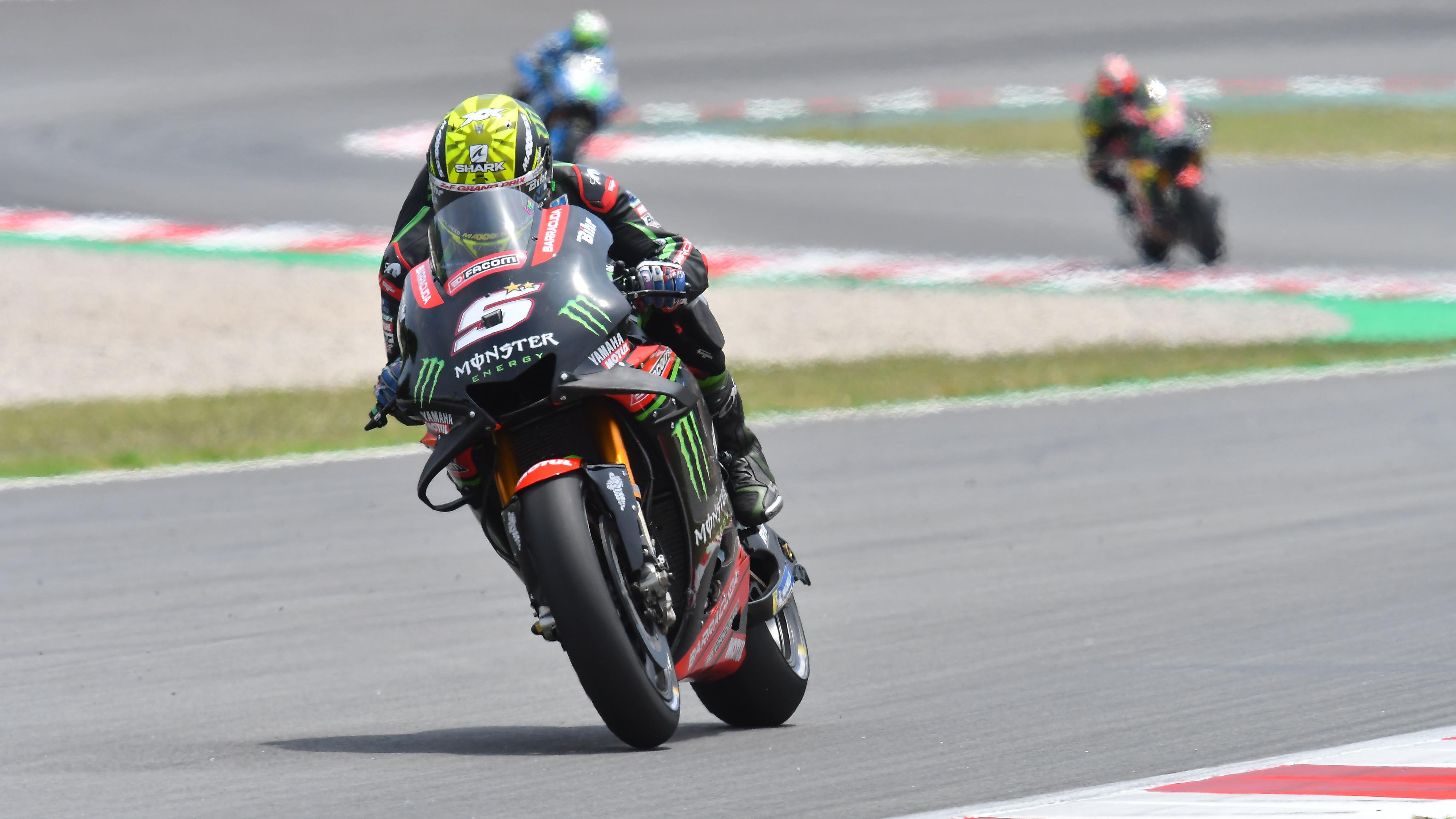 "This has been a difficult race. The pace was quite ok, but I had many unlucky moments during the race. The start was good, but then I had to close the gas between two riders, so I lost positions. I could not find a place to overtake and later on, when I was ready to pass, it was a yellow flag, so I had to slow down again. There were many moments that lowered my pace a bit and then I really tried to manage all the race and catch Pedrosa and Crutchlow. I was almost able to do it, but then I was tired and holding the bike became more and more difficult. Viñales caught me and I had to finish in seventh position. It’s not a disaster, we are still pretty good in the Championship, pretty good to fight for the second place overall. Rossi is in this position at the moment and he has to be very clever to keep it, I want to be clever, too. I think we are on a good way together with my crew, we just have to keep working in this good direction and keep trusting that once everything will be understood well, I will be able to be back on the podium." 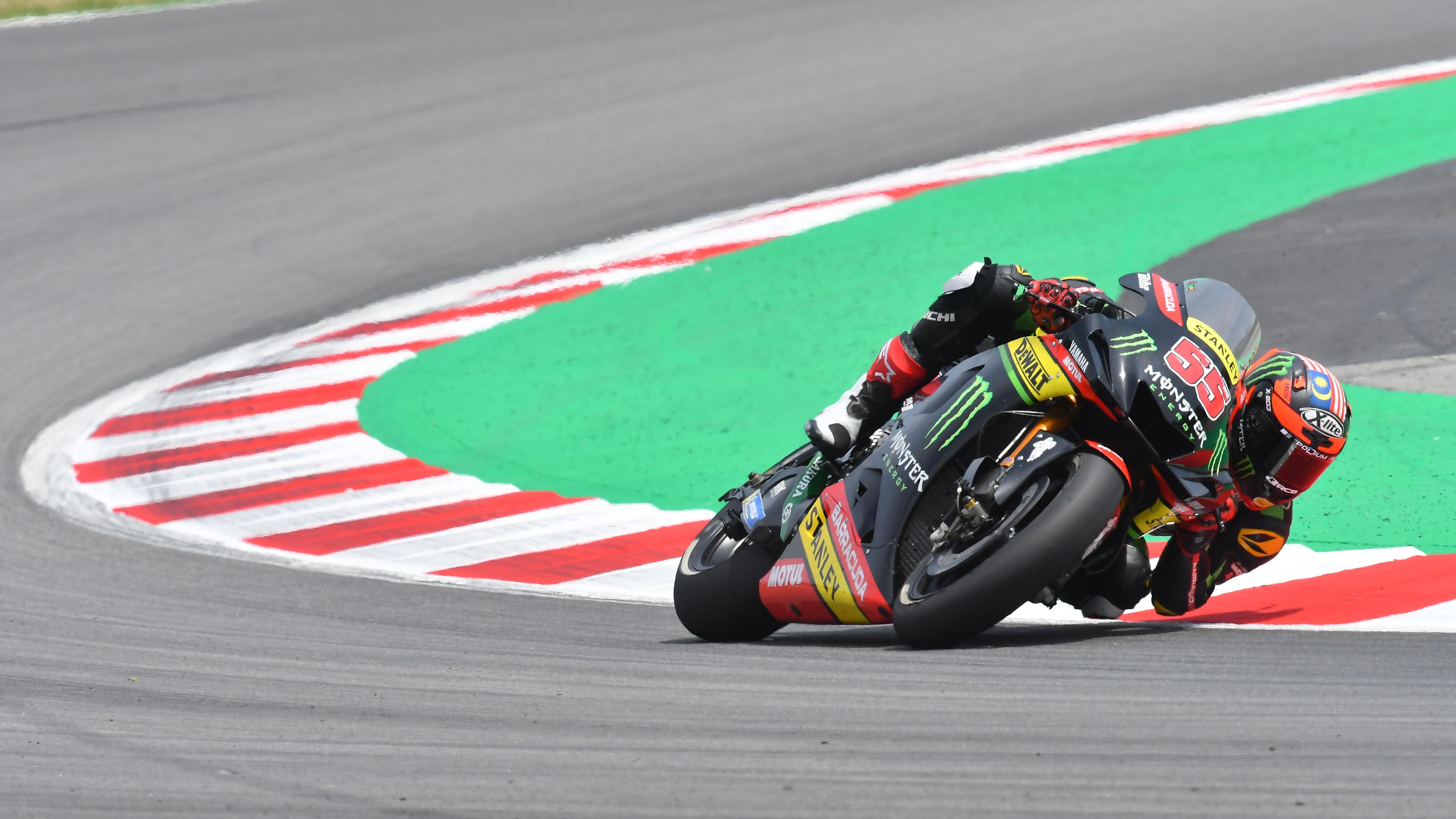 "I felt really good during the race, but just made a mistake and went wide. I tried to come back to the right line and I had a highside immediately, so I crashed out. I’m truly sorry to the team. I try to learn from this mistake and I try to come back stronger. We could finish inside the top 9, but it was not meant to be. I can’t express, how sorry I feel for my guys and my sponsors and everybody, that supports me. I promise, I try to make up for this in the next round."

“We had a tough weekend here in Montmeló. We knew from the practices and the Qualifying that it will not be easy. The start of the race was average, still I think Johann put his head down and pushed all race long. He managed to have a very steady pace and climbed up to seventh. We have to take the positives. Although the races have not been easy, we are fourth in the Championship, just a few points away from third, so everything is still open and clearly, as I said in Mugello before, we need to score points everywhere. It was not a brilliant weekend, but in the end, we managed to score some good points. We stay here for another day tomorrow and maybe we can learn and understand a bit more. On Hafizh’ side, I’m really disappointed, because all weekend long, he was showing a really unbelievable pace and was by far the best rookie. Five laps to go, he was in a strong position with nobody threatening him and the board was clear. All I can say is, that this was a big mistake, but apart from that he has done a great weekend, he has been fast all the time, which will give him confidence. I think he would have really liked to finish this race. Barcelona is his second home GP, he lives here and has many friends here, so this is a bitter feeling. Never mind, he is only two points behind Morbidelli in the rookie ranking and we have many more races. Hopefully, he can learn more tomorrow and then Assen will be a bit sweeter.”