Following a difficult round in Mugello where Johann Zarco took home as many points as possible, the fast Frenchman is eager to return to his accustomed top positions, while Hafizh Syahrin is on the mission to defend his rookie top spot, after he reclaimed it during the Italian Grand Prix. The challenge is set to commence with the first Free Practice session on Friday at 9.55 local time. 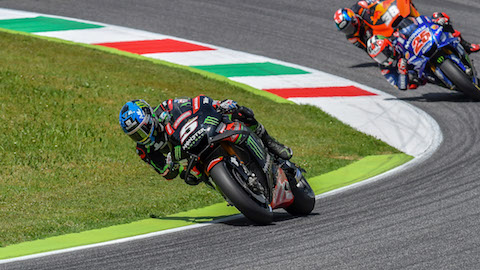 "The Catalunya circuit is a great track and I’m happy to come back there. We had the test with the team and it was going pretty well. I hope to find this good feeling straight again and be strong all the weekend to fight for the podium or even the victory, if the dream would come true. After two difficult races, especially in Mugello, where I was struggling, I would truly enjoy to be back in a great place with the top guys." 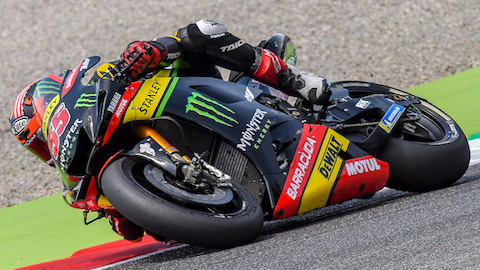 "I’m looking forward to the Catalan GP, which is like my second home race, because I’m based in Spain for quite a long time already. The track is my favorite, too. We’ve already done the test here and after this and the race in Mugello, I have a really good feeling with the bike and understand the setup. I can’t wait for this round! I want to do a decent race again and fight for the top rookie spot. Physically I’m quite strong now, so I’m well prepared to arrive in Montmeló."

“I believe everybody at Monster Yamaha Tech3 is eager to arrive in Montmeló to start the first practice of the Catalan Grand Prix. Mugello has been a tough weekend, although we knew before, that it’s going to be difficult, unfortunately we were not surprised and like it was the case last year, the track was tough for Johann and the M1. The good thing is, that we’ve been testing in Montmeló straight after Le Mans and this test has been really positive. Both, Johann and Hafizh got good feedback and not only for one fast lap, but also regarding their race pace. Right now, Johann is inside a very tight group of the provisional ranking, which means he misses only eight points to P2. Cleary, we are in a very important moment of the championship, we need to score in every race. We saw how tough the DNF in France was and the struggling in Italy has been, so we need to keep our heads down and hope to be back in the front group in Barcelona, which is the main target. Hafizh has another fight to master, battling against his fellow rookies for the top spot. Overall, we are just eager to come back to the level we had before arriving in Mugello. Barcelona is a place we all like a lot, which is good for the MotoGP circus and last year we had some strong results there. Obviously, we hope to repeat this great performance, especially as now this will be the first race in 2018 where we are 100 percent sure of our 2019 line-up, so it’s one worry less in my head and certainly also one less for Hafizh. I believe, when you saw his performance in Mugello, it’s very easy to see that he deserves this contract and factory support from next year.”