With a determined effort Johann Zarco was battling hard during 23 hot laps in Mugello today in order to bring home a solid top 10 result. The fast Frenchman came off the line well and immediately found himself inside a hard fighting second group. With a resolute ride he ensures six valuable points in the World Championship, before he is setting his sights on to the next round, which takes place at the Circuit de Barcelona-Catalunya in 12 days’ time.

His Monster Yamaha Tech3 teammate Hafizh Syahrin displayed a very strong performance again. The Malaysian got out the best from himself and delivered some amazing duels while snatching the top rookie spot. With a pass in the last lap he clinched 12th and with it four points, which bring him back to the top of the current Rookie of the Year standings, equal on points with Franco Morbidelli. 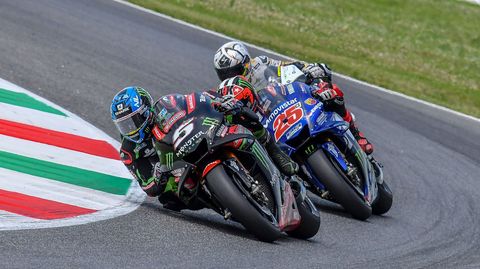 "Overall, Mugello has been difficult. All the weekend, especially from Saturday we were struggling a lot and also in the race, I was not able to find a really good feeling. Anyway, I finished the race and tried to take home as many points as possible. I have the feeling, that we didn’t work perfectly this weekend and I just aim to forget this round. The next GP is Barcelona, where we did a great job during the test, so I want to gain my usual good sensations back, because it was not normal to struggle like that here and simply not being able to ride the bike comfortably. I was fighting in every corner and this gave me a hard time. I’m disappointed and just look forward to find my smile again." 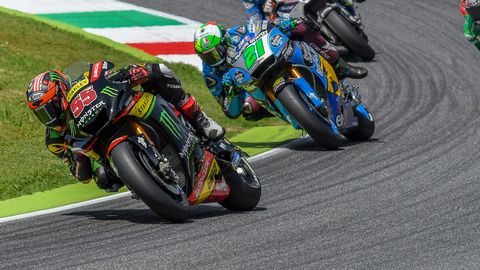 "That was a tough race in very hot conditions. Thank you very much to the team. I’m very happy, because in the beginning of the race I was struggling a bit to find the grip, as after the Moto2 race it was different to FP3 and FP4. I tried to push a lot and have to admit, that I was surprised that the KTM was so fast and therefore, it was difficult to pass them on the straight. I was losing time on the straight and tried to push in the corners and on the brake. This race, I felt that I used all my energy while trying to get close and trying to be in front of Morbidelli. In the end, I wanted to pass Rabat as I was full motivated to make a good race here. It was not easy, but I made it in the last corner. I’ll try to continue to work hard on my body and hope to have even more power for the next race."

“What a MotoGP race! They gave us an incredible show, but at the same time it was difficult for Monster Yamaha Tech3. Anyway, all through the weekend we knew that it’s going to be a tough race and, in the end, it was like this. I think Johann did the best he could, salvaged some important points in the championship to remain in contact with the top, only eight points from second, so everything is still possible. It was very important to score here after the big disappointment of Le Mans but it is also for sure disappointing to have never been in a position, where we could fight for a top 5, so we have to try to come out of it with a positive feeling. The Barcelona test was very, very good, so we go there full of optimism. We saw that from one race to another, the change of results is unbelievable, like Lorenzo, who was almost nowhere from the beginning of the year and then got this dominant win here. I want to congratulate him for this. So, it’s a very open season and difficult to understand, which gives us some good hopes that we can turn our fortunes in the next races and be back at least in the top 5. The other side of the garage is a much more positive and a much happier team, because I think Hafizh did an amazing weekend. He was fast every day and never gave up. As usual, he kept his head down and climbed up to 12thposition, one more time best rookie of the race, plus he got his top spot in the rookie championship back. We are very proud of him. The pass he did on Rabat was very impressive, especially as we know how much down on speed we were to the Ducati and he’s been really riding with his head and his heart. I’d like to congratulate him and the whole #55 team, because he is doing it outside of the media attention, but we are working, progressing and Hafizh is becoming a very strong MotoGP rider. We just can’t wait for the next race!”

Monster Yamaha Tech3 rider Johann Zarco initiated the second day of action at the Italian GP this morning with a superb improvement of 1.409 seconds from the first to the third Free Practice to comfortably sit in fifth spot. During the second Qualifying session, the French star was fighting hard in the ultra-competitive premier class and will have to start from the third row on Sunday, after he missed out on the top by only 0.622 seconds.

MotoGP rookie Hafizh Syahrin found a great pace from the word go this morning. In FP3 he impressively lowered his practice time by incredible 2.381 seconds from FP1 and showed up in strong form during Q1. With a fastest time of 1’47.188 minutes, he was able to snatch a fantastic fourth position and will launch off the line from the middle of the fifth row of the grid when the red lights will go out for the Italian Grand Prix at 14.00 local time tomorrow afternoon.

"It has been a quite difficult day, overall. We couldn’t find the improvement we were looking for before the Qualifying and I was not able to ride well on this tricky track. In the fourth Free Practice I had a crash, which didn’t help for this afternoon. I tried to be focused, but I feel we were missing a step to be really close to the top and that’s why I couldn’t get any extra. Anyway, the race is tomorrow and I hope to keep calm and find the pace during the race to make up positions step by step. When my pace is good enough, I would like to be back in the top 5, which would be fantastic." 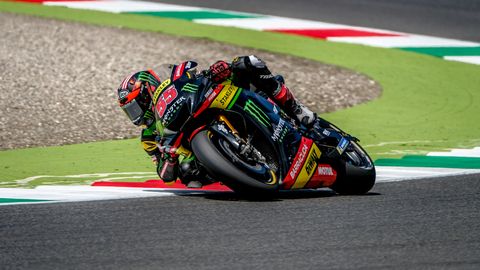 "I’m very happy about the Qualifying in Mugello. I got the same result like in Le Mans, P14, but Morbidelli as the best rookie sits in P12, which is not too far. I’m also truly close to the top, it’s just 0.9 seconds, which makes me very proud. This is my best Qualifying at the moment, because it’s less than one second to the pole position. For tomorrow I try to deliver a good start and aim to make a step forward in order to be closer to the front, because my overall pace was not bad. This track is very long, if you follow one rider, you can take an advantage for a quick lap time, but anyway, I did a great time by myself and I’m very satisfied with this. A huge thanks to my team, because from this morning, we were very fast and I will give my best to bring home as many points as possible tomorrow."

French starJohann Zarco delivered a surprising performance today at the Italian Grand Prix, following a slightly cautious start this morning, he did incredibly well during the last minutes of FP2 to clinch the fourth spot in the combined timings. Thereby, the Monster Yamaha Tech3 rider concluded the first day of practice as the best independent team rider of the MotoGP World Championship field.

On the other side of the Tech3 garage, for the first time ever Hafizh Syahrin discovered the Mugello circuit on a big bike and displayed a fantastic effort in lowering his lap time by 1.704 seconds from FP1 to FP2 in order to secure a position inside the top 15. At the end of the day, the Malaysian rookie found himself just 0.581 seconds behind his fast teammate. 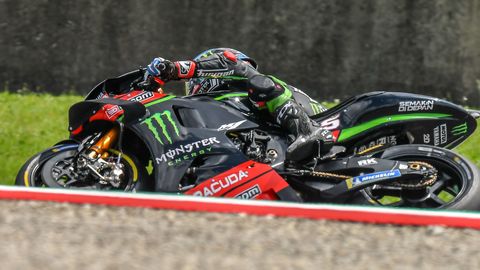 "The first day in Mugello was very interesting and I’m happy that I was able to improve my lap time in the last session. We’re working well with the team, although it’s a totally different track from all the others this year. With my experience I could understand which kind of riding style is fitting to this track, so we also have to set up the bike respectively to ride well and step by step we could do that. We want to keep working, finding the best possible pace with the used tyre and then push with the new tyre to have a great qualifying." 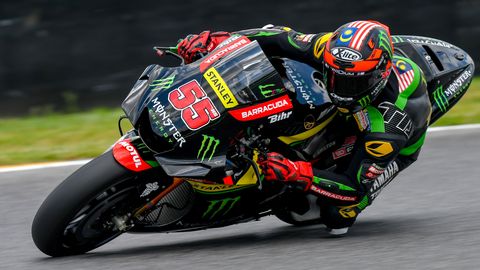 "I felt really good on the last run of FP2, because we made a huge step. We improved by nearly two seconds in comparison to this morning. In the first session, I was too nervous and quite far from the other rookies, but this afternoon we managed to do a very good practice. With the team I tried to understand everything and I tried to change my riding in order to improve in every corner. We were changing some small things with the two bikes and I was a lot better. We’ll see, if we can keep this momentum for tomorrow, but I hope to do my best ever qualifying and stay close to Morbidelli."