Local hero Johann Zarco arrives at the French GP with high hopes and a second position in the World Championship standings in his pocket. The Monster Yamaha Tech3 rider concluded the fourth round of the 2018 season with a second podium and therefore, arrives at his home soil in Le Mans with 58 points and an enormous determination to chase what would be his first ever premier class win.

On the other side of the Monster Yamaha Tech3 garage, Hafizh Syahrin aims to reconquer the top rookie spot in front of the amazing home crowd of his French crew. Following a very intense Spanish GP, where the MotoGP newcomer suffered from pain after a bicycle incident, Syahrin is back to full fitness and eager to challenge the points scoring positions again, starting from FP1 this Friday at 9:55 local time at the famous Bugatti Circuit. 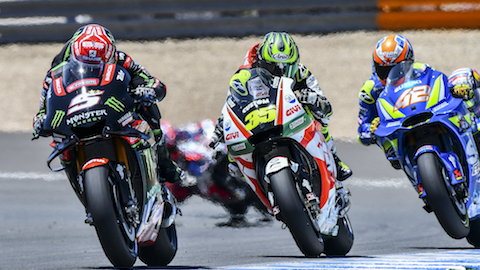 "I’m pretty happy to come to my home Grand Prix being second in the Championship. I got a nice, but also lucky podium in Jerez, but this gave me a very high motivation and a big smile to start the French GP. I hope that the weather will be good, but even if we have some rain, I know my Yamaha bike well now and I know, that I have to relax on it in any case. Last year was one of the best races of the season, because in Le Mans I got my first ever MotoGP podium. I would like to fight for the victory, therefore I have to stay cool, work well with the team and we will see what will happen. I think the fact that all our fans will be there will deliver some more positive energy, maybe also some pressure, but I will change this pressure to even more positive energy, so we cross our fingers and arrive in Le Mans with full power." 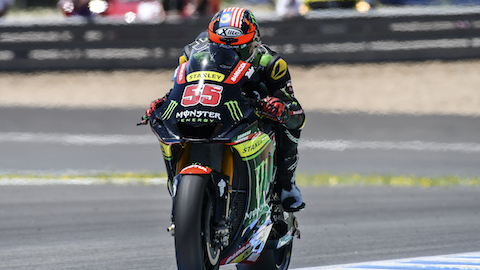 "I’m looking forward to arrive in Le Mans and I want to do my best for my guys, because they are all French, so it’s our home race with many supporters. I aim to continue in the best way like during the first three rounds. Jerez was quite difficult after my bicycle crash at the beginning of the week. Now my pain is already gone, I’m back at 100 percent, so I want to give a challenge to all the other rookies and I want to try to get as many points as possible. I hope I can come back as strong as before and I can’t wait to start to this very important round for all of us."

“I think everybody will understand, that the French Grand Prix is a very special race for us like everybody’s home race. It’s always important for Tech3 and even more when you have a French rider and we had quite a few. This year this event is even more special and emotional, because our French rider is Johann Zarco, who was just second in Spain and is sitting in second in the MotoGP provisional ranking. Of course, everybody remembers last season, where he was on the front row and the three Yamaha riders were fighting in front. He led the race for quite a while, which made the crowd really mad. There was an intense battle between Rossi, Viñales and Zarco and he eventually finished second. That was an incredible feeling. Obviously, I know the fans are all waiting for something at least as good as 2017 and even better, but you don’t like to talk too much about this potential win. As usual we try to do everything we can to reach this and we can rely on Johann on track, but also to be present, to thank the fans for their support and answering questions. Every GP is a new story, an independent story, so we have to start from scratch. It’s quite sure, that Johann and everybody within his Monster Yamaha Tech3 crew is very efficient and performing well, but we can see this year that many riders and manufacturers are very strong. What I want to say is, we try our best to please everyone, but be indulgent. We do our best, but for sure, there will be a lot of pressure, yet we try to work without this effecting us. We go to Le Mans to enjoy a great show, the support of the crowd and to do our best, plus hopefully we can do as good as the previous races since the beginning of the season.”