Just one day after his fantastic second place finish at the Spanish Grand Prix, Johann Zarco was back on track today to go through some different settings aboard his Yamaha YZR-M1. Following some intense working hours and 63 laps at the Jerez Circuit, the French star concluded the official test superbly in first position and was even 0.226 seconds faster than during Qualifying last Saturday.

Meanwhile, Hafizh Syahrin decided, together with his experienced Monster Yamaha Tech3 crew, to skip the test in order to fully recover after struggling the entire weekend with pain from a bicycle accident. However, the Malaysian rookie used his time perfectly to gain more MotoGP experience. 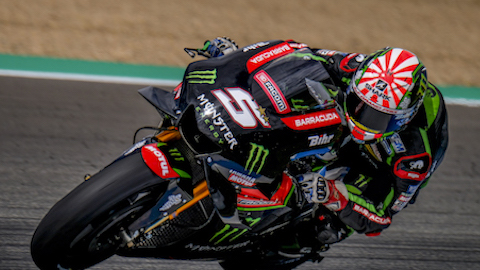 "The test today was good for me and I’m pretty happy that I was that fast. All the weekend in Jerez I was feeling good, so the target was to keep trying things with the setup and keep enjoying riding the bike. I think I understood many things during the race. Anyway, the target was to find more grip and use the bike well and at the moment it’s going quite good. I didn’t try any new parts, because I wanted to keep my work simple, so we were just working and trying things personally to improve ourselves. I did the 1’37.7 in the afternoon, which means the new tyre from Michelin was working well. You never have the same mind like in Qualifying, so I’m very happy, because I’m faster than Saturday."

Hafizh Syahrin
Did not test 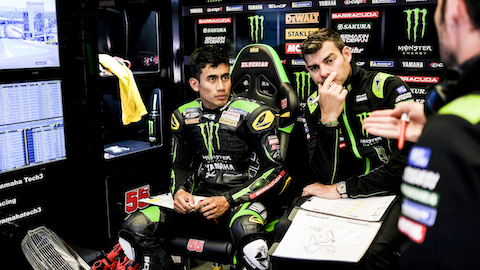 "Although I feel better today, we decided to skip the test in order to give my body some rest. Anyway, I used this day quite good, I went out on track to watch, I tried to learn a bit more about the electronic on the computer with my crew chief, we went through this weekend again, because I tried to understand everything to be able to make a really big step in Le Mans. The French Grand Prix is very important, it’s the home race for my team and I want to deliver a great weekend there."

With some luck and a very solid race, Johann Zarco claimed his second podium in 2018. Thereby, the Monster Yamaha Tech3 star, who concluded the fourth race of the season as the best Yamaha rider of the field, also took over the second spot in the World Championship standings, less than two weeks before the eagerly awaited home round of the Tech3 Team and the French rider.

At the same time, Hafizh Syahrin delivered an exceptional performance in gritting his teeth to the end of the demanding 27 laps race at the Jerez Circuit, missing out on the points scoring positions by just a whisker. The MotoGP rookie was suffering a lot after a bicycle crash on Monday, but managed to see the chequered flag, while gaining even more experience in the premier class. 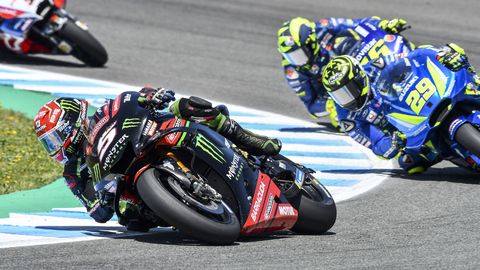 "Sometimes I need some luck and today was good. Starting from third position was a great opportunity. I could be a bit faster than Pedrosa in the beginning, but he was a bit better in acceleration and then I never had enough margin to overtake him on the brake. I was not able to do it. It was difficult, but then I was in fifth position and hoped to catch this front group again, even if Marquez was going away, there was still the fight for the podium. I was always trusting, that it’s possible to catch them and I was doing my race. When I saw them crashing all three together, I couldn’t believe it. I told myself, keep calm, we have a big advantage, it’s just seven laps to go and it’s important to bring it home, being focus and enjoy. 20 points in the Championship are just awesome." 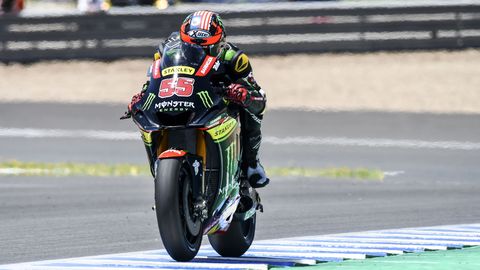 "I’ve done the fourth race in Jerez, but I was struggling with my body, because I suffered from Friday and today I felt honestly worse than yesterday. Therefore, I was really fighting in the middle of the race, I didn’t have any energy left to ride the bike properly because of my pain. Maybe I used too much of my energy in the beginning. Anyway, I’m happy with the team, because they did a really great job! I’m sorry for them, but our target was to try to finish the race and to learn as much as possible, which is exactly what we’ve done. Plus, we were very close to the points. I’ll recover now and try to do a good race for our team’s home Grand Prix in Le Mans."

“That was an unbelievable race and this is what is MotoGP is all about. Until the chequered flag is down, you never know what’s going to happen. Johann did a great race, was holding on fifth and there was nothing he could do more. We saw, that the guys in front were above the rest of the field. We were chasing and increasing the gap to the ones following. Fifth was quite good, but it happened what happened. For me it was a racing incident, bad luck for Dovizioso, Lorenzo and Pedrosa, but it’s part of the game. Thanks to that and with Johann’s consistency, never giving up, we managed to get the second spot for the second time this year, plus second in the provisional ranking, which makes us very, very happy and also shows, it doesn’t matter which bike you have, which material, the rpm, the engine - it’s a question of man, machine and the team. I’m very proud that Monster Yamaha Tech3 is able to show that and to give the hope to everyone on the grid, that you can do it. Great job from our crew, great job from Johann as usual, thanks Yamaha and also Michelin for the good technical package. Hafizh was another story, he had a very tough weekend. Honestly, I told him on Friday night, that I don’t think it is wise to race and it’s better to recover and be ready for the next round in France, but he told me he wants to race and to continue. He missed the points by one position, which is also showing his huge determination. I want to thank him for this. He was in extreme pain, but still he had a decent race, so all I hope is, that he is not cycle downhill anymore and we have him back at full fitness for the French Grand Prix in Le Mans, where there will be many guys coming to support Johann and the whole Tech3 Team.”

Monster Yamaha Tech3 star Johann Zarco delivered a stunning Qualifying performance today at the Jerez Circuit and was able to place the only Yamaha inside the top 3 for the Spanish Grand Prix. As the fast Frenchman secured the third spot with a superb lap towards the end of the short session, he’ll launch forward from the front row for the fourth time in as many races.

On the other side of the Monster Yamaha Tech3 garage, Hafizh Syahrin still struggled with the bruises he sustained in a bicycle crash on Monday, but gave his all to do the fastest lap during Q1 on his 24th birthday. The MotoGP rookie was riding through the pain barrier and will start the Spanish GP tomorrow at 14.00 local time from the eighth row of the ultra-competitive grid. 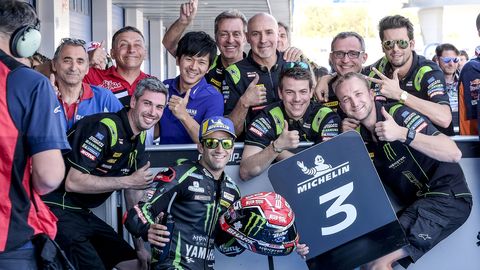 "I always ride at the maximum and I trust the bike, although FP4 was quite difficult today with used tyres, but the good thing is, if we struggle during the Free Practice we can prepare the race in a better way. Now in the heat I could not find the speed from yesterday, also this morning I was feeling good, but the temperatures make a huge difference. I have a decent feeling on the right side, so I tried to push hard. I’m really happy, it’s just coming and enjoy to be in the first row. I want to take this opportunity again to fight for the victory tomorrow."

"During the Qualifying, I tried my best with my pain and it was quite difficult to improve my lap time, but finally I put in all I have and in the end, we managed to get closer to the front. My position is pretty far, but we will see what happens tomorrow. I hope that I can keep up the pace for all 25 laps. You never know what can happen during the race. I will try my best and want to thank my team, because they always try something and find a great direction for me, which is positive. I’m also sorry a bit for them, because my body doesn’t feel so good, but I try to recover as fast as possible in order to be ready for the race."