Zarco and Syahrin strive for further glory in Texas

With a terrific first 2018 podium in his pocket Monster Yamaha Tech3 rider Johann Zarco eagerly awaits to cross the Atlantic Ocean again and to be back on his Yamaha YZR-M1 this weekend for the Grand Prix of the Americas, which takes place in Austin, Texas. Likewise, Hafizh Syahrin, who showed an impressive rookie performance in Argentina to finish ninth just a few days ago, is fired up to start his third MotoGP event of the year, which kicks off at 9:55 local time on Friday with FP1. Yet, the race is set to commence at 14:00 this Sunday, 22nd of April. 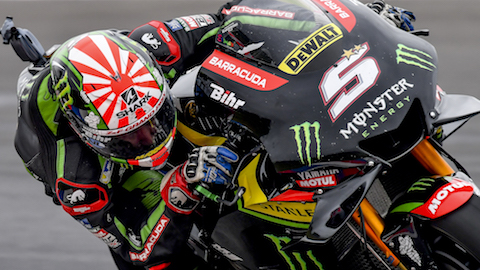 “The Circuit of the Americas is a very nice track, although it is physically truly tough and I think it’s maybe even one of the most technical circuits of the year, because we have 20 corners and it’s not easy to go really fast. But after the nice podium in Argentina, I’m still very happy about the feeling I could gain on the bike and I hope to have this great feeling again from the first practice on Friday on in order to prepare the race in the best possible way and to be able to fight for another podium. Why shouldn’t we think about our first victory as well? I want to dream about it and live this dream at the maximum.” 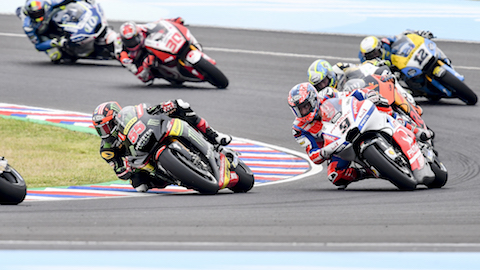 “I’m really happy with the results that we’ve done in the first two races and I’m looking forward to the Grand Prix this weekend. I try to do the same or end up even better. Before Austin I prepared myself with some training in the boot camp of Colin Edwards. So, my physical condition is good, I improved step by step and I’m more than ready for this third round. I can’t wait to meet my team again and I hope I can give my best to them yet again.”

“For sure we left Termas de Río Hondo with an incredibly good and warm feeling, because as the weather and track conditions were so difficult to master, I believe the team and especially the riders did exceptional job. Johann was fighting in top group and eventually ended second, which was his first podium in 2018. He showed a really strong race and brought all of us a truly good feeling. Hafizh also did an extraordinary job to finish in the points for second race in a row, with many fast and more experienced riders behind him. The few days of rest we had since then, were just good enough to finally recover these incredible emotions and we’re now ready to start racing in Austin, Texas, which is a beautiful track, but also technical and probably one of the toughest circuits of the championship. Johann did a really strong race last year, after fight hard with Cal Crutchlow. We know, that this is not the easiest circuit for our machine, but right now everything works well between bikes, riders and the team, so we’re confident to fight in front group again. The weather seems to be quite stable, although Saturday could be a bit difficult. Anyway, it means that we’ll have enough dry time to set up bike properly, which is important. Yamaha always giving us an incredible support there, we’re part of the family. It’s fantastic to have so many friends and so many people are always coming to support us in terms of logistics and organization. This is a GP where we would love to give all that people a great result. We are ready for that, we love Austin and Texas, the people are always so helpful. For Hafizh, it’s going to be a tough mission again, having to discover the track with the MotoGP bike, but he has so much enthusiasm and adrenaline, which makes me quite sure he will be fighting for similar positions like in Argentina again. We are ready to put a good show, to please the American MotoGP fans and especially Yamaha USA, who has always been an incredible partner.”