With a masterful lap of 1:54.029 Monster Yamaha Tech3 rider Johann Zarco dominated the MotoGP field on the last day of testing before the start of the 2018 season. The remarkable Frenchman took over the top spot with two hours to go, before he carried out a race simulation in order to be perfectly prepared for the first race, which takes place in two weeks’ time under the floodlights of the Losail International Circuit.

On the other side of the Tech3 garage, Hafizh Syahrin improved his pace aboard the Yamaha YZR-M1 considerably. The premier class rookie skimmed nearly 1.5 seconds from his best lap on day one to complete what is just his second MotoGP test only 0.141 behind the fastest newcomer of the category, with a fantastic accomplishment to reach the top 16 overall. Both, Zarco and Syahrin are eager to commence the season following highly promising signs during their respective preparations. 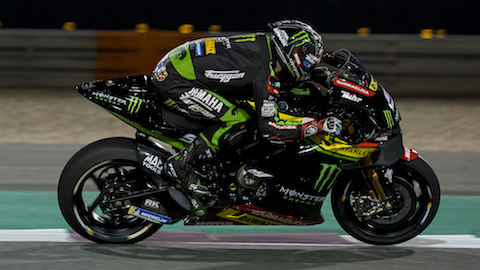 "That was a very good third day, I’m delighted to finish with the top lap time. I think it was even possible to ride inside the high 53s, but we have to accept that we have to understand step by step how to ride at this speed. We did some great work with the team and with everything we did during these three days, I felt more confidence and I could work well on this. When I did a very long run to test the race, it was not too fast. I did 17 laps in a row, but probably a bit tired after this intense days here. Anyway, we are constant and I can relax a lot on the bike. I’m really happy about that and I need to keep this feeling in mind to start the race weekend well in a fortnight." 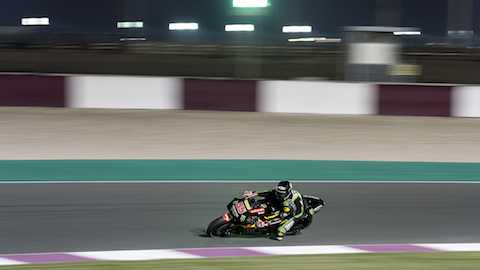 "I’m very happy about this last day. I didn’t expect to be able to ride in the low 55s and keep this pace also consistently. A huge thank you to the Tech3 crew, they did a really good job. We are working hard in order to try to get closer to the top as much as we can. Honestly, this time today was surprising for me. I feel very confident, although I did a small mistake during the race simulation. But we quickly understood it and know what we have to do for race day. I’m very thrilled, thanks again to our team, all the sponsors and fans, they are fantastic!"

Great strides for Zarco and Syahrin on day two in Qatar

Johann Zarco performed in a superb way today, while the Monster Yamaha Tech3 rider used the second day of testing at the Losail International Circuit to work towards the start of the 2018 season. Thereby, the remarkable Frenchman concluded Friday as the fastest Yamaha rider in fourth position, missing out on the top spot by only 0.288 seconds.

Meanwhile MotoGP rookie Hafizh Syahrin made huge steps forward in adapting his riding style to the Yamaha YZR-M1 on just his fifth day in the premier class. In doing so, the Malaysian newcomer improved by nearly half a second on his time from day one, finishing the day with a small margin of solely 0.947 seconds to fellow Yamaha rider Valentino Rossi. 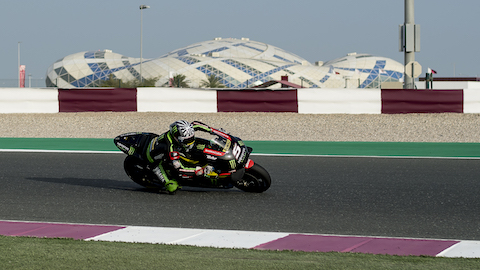 "Overall, it was a great day, we made some huge improvements with the new tyre and I’m happy about that. With used tyres we also had a good pace and the conditions were pretty interesting today. We were better than yesterday, as we found what was missing. But we’re still working on it. I feel we are on a good level, but maybe not on the top level to fight for the victory. So it’s quite obvious, that we still have some work to do. What I can feel on the bike is really nice, the top speed is great as well, yet I enjoy riding here a lot. For tomorrow, we’ll try some more details to further improve." 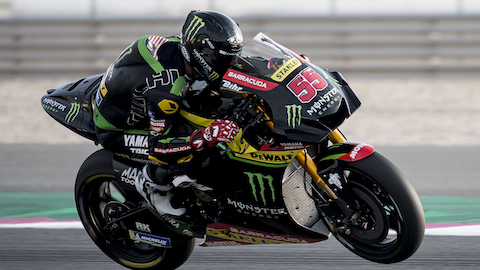 "I’m very happy with the progress we made today. We have a good base and now started to try more new things on the bike, like trying to manage the tyres, plus trying to understand all the electronics, today especially the traction control. As I’m a MotoGP beginner, I still need to learn a lot. The team work today was very good and we managed to close the gap to all the other rookies, even if I’m just in the middle of my second test. We hope to continue this fantastic development tomorrow."

Johann Zarco and Hafizh Syahrin commenced the last pre-season test under the floodlights of the Losail International Circuit in style. The Monster Yamaha Tech3 pair picked up impressively where they left off some days ago in Buriram, Thailand.

While Zarco quickly found back into his great rhythm at the track in Qatar, the French star concluded the day as the fastest satellite rider of the highly-competitive field in 4th position. Thereby, he missed out on the top by just 0.133 seconds. At the same time, MotoGP rookie Syahrin improved his pace and his feeling with the Yamaha YZR-M1 further and delivered an eye-catching performance in order to finish the first of three days of testing just 1.5 seconds behind his teammate. 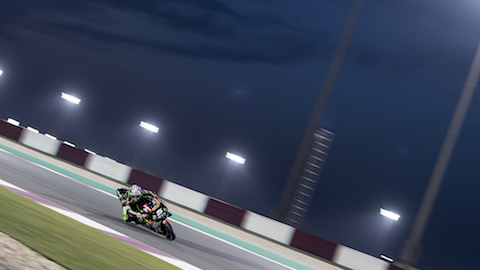 "For the first day in Qatar, I was waiting to go out on the track in order to find better conditions, but even when I went out around 4 this afternoon, it was very slippery and we were struggling a bit and honestly, went in a wrong direction. But we understood quickly that we had to come back to what we know with better tyres. I rapidly found a decent pace, although it was complicated because the rear tyre dropped a lot compared to the last track we were on, so we really have to adapt the riding in the first laps and then still keep a fast speed when the tyre is sliding. But overall, it seems like we’re competitive, which is the main thing and good for the confidence. Tomorrow we’ll use this great base again, which we found on the first day and try to improve it." 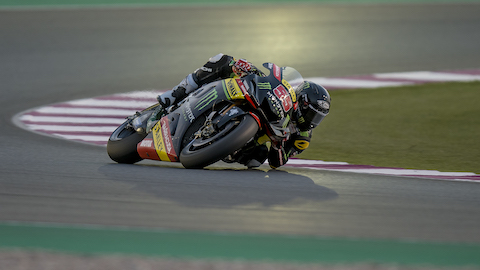 "During this first day in Qatar I felt very good. We had a lot of confidence from the beginning. Later tonight, I experienced some minor issues, but after just some minutes, my great feeling was back. We tried to understand the new aerodynamics and by the end, I was able to give the guys some good feedback. I feel like I can improve even more, but we are trying everything step by step in order to avoid any obstacles, because if you’re going too quick too fast you can easily be confused. Today, I was smooth and calm, and I’m happy, that I can say, I already understand the bike now. For the second day, we’ll experiment further to make more progress."