Johann Zarco made further steps forward today as he concluded the post-GP Valencia test with an impressive charge to 3rd. The French stars time left him only 0.003 from 2nd as he finished as the leading Yamaha rider. Now, the Monster Yamaha Tech3 team rider confidently eyes up the forthcoming campaign where he hopes to challenge for podiums at every round. 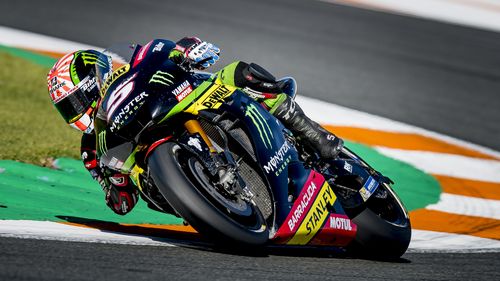 “It has been a great day of testing for me and I am happy to see how much I have progressed since last year. I had a very good feeling on the bike, and we were competitive with the lap time. In addition, we also worked on the pace, which is the main target in order to prepare for a race. I tested different chassis and gave my feedback to the team. Now we need to analyse everything in detail so that we know which option is the best. We will keep working but altogether, I can say that we have finished this year in a positive way.”

After a truly memorable performance at the Valencia GP, Johann Zarco continued the momentum today with another notable display. He explored different options for the forthcoming season before powering to a personal best that left him in 2nd after completing 53 laps. Zarco will be the only rider for Tech3 at the post-season test as Jonas Folger continues to recover. 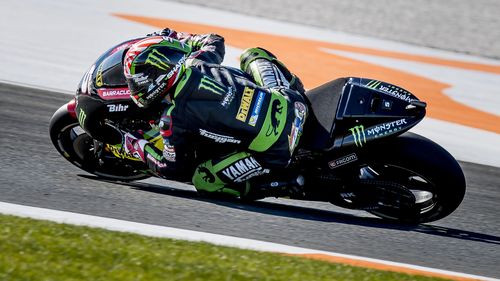 “I am happy and I like the new bike. I started on the 2016 YZR-M1 that I rode this year in order to get some references and a feeling on the first run. Then I tried the 2017 version and overall, I have a good feeling when I am braking which is important. When you start the race, to have more control like this on the brakes means you can fight in a better way so I am pleased. I went for a fast lap on new tyres and I’m not far from my qualifying time on Saturday, but only one-tenth slower. However, I am using less energy on the bike so for me, testing the new bike was very positive.”

“Before I talk about today, I have to update everyone and I am pleased to say that Jonas Folger’s condition is getting better and better. However, Jonas, the doctor, myself and the team together have decided to give him some more time to rest before getting back on the bike. As a result, he will not take part in this test or the Sepang test next week. We want to give him longer to recover so that he can be as fit as possible for the Sepang test in January. With regards to Johann, Sunday was a fantastic day and an incredible way to end the championship with a brilliant race from our rider. Today it was back to work as the 2018 testing began. We didn't know what to expect because it was the time to discover what Yamaha has prepared for us for the 2018 campaign. After a few laps on the bike that he raced on Sunday to get back into the groove, he jumped on the new version and immediately had a positive feeling on it. Everything was close to the 2016 bike but slightly better in all areas so we are very happy with that. His lap time was great and even though we decided to stop at 16:00, because of the temperature and the setting sun, which can be a bit dangerous as it shines into the riders eyes, we did some good work. Apart from the last run, we used the same tyres all day and clearly we were on top of the timesheets. Maverick just beat us in the end, yet, to be second after only a few laps means a lot, plus I am happy to see that Yamaha are 1st, 2nd and 4th. It’s only the beginning of the winter season but it’s very important to start with a positive and constructive feeling which is the case. There is one more day tomorrow and we hope the weather remains clear. We are matching our target and plans and again I have to say thanks to Yamaha for their support.”

Johann Zarco stole the limelight in Valencia today after narrowly missing out on his first MotoGP victory. The French star undertook a rocket start and lead for almost the entire race as he rode a formidable pace. After an intense duel with Dani Pedrosa right until the chequered flag, Zarco surged across the finish line to seal the third podium in his rookie season in what was a truly exceptional end to the 2017 campaign.

Meanwhile, Michael van der Mark impressed once again in his second MotoGP race. The young Dutch rider started the GP from the ninth row of the grid and powered onwards before notably fighting his way up to 16th. A small error saw him drop back but he remained focused to eventually finish the sprint in 17th. Monster Yamaha Tech3 would like to thank Michael for his efforts. 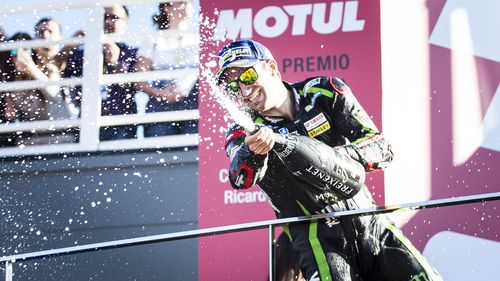 “I am so happy about today because I was competitive enough to fight for the victory and, like I said yesterday, I knew I can do this because I have all of the elements that I need to go for the win. When I felt Marquez, who was really strong, I had things under control but I didn’t want to let him take the advantage and run away. He had to control it too, yet, I was thinking about the victory and possibly overtaking again and then I passed him. This is why I am pretty happy and finishing 1st or 2nd doesn't change anything about the race quality that I did. I can enjoy this moment and it must be pleasing for Dani also. He overtook me in a good way on the last lap, at the first corner and he then waited a bit and I couldn't enter the corner effectively. I lost too much distance and when I tried to catch him again, I almost crashed. Nevertheless, this second place finish is the best way to finish my season.” 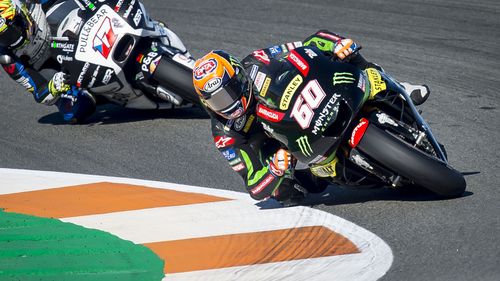 "It has been a challenging weekend but I really enjoyed the race today. I had a very strong start and moved up a couple of places, whilst I had some nice battles on the track. This Grand Prix was great fun and I want to thank Hervé for the opportunity. It was always a dream to ride a MotoGP bike and to do two races with this amazing team was special for me. If he asks me again, then I would be delighted to ride with the team. We just need to work more with the setup of the bike for my style but overall, I have enjoyed this weekend so much."

“It was an amazing final for the MotoGP World Championship. We knew that there would be a lot of tactics and strategies between Dovi and Marquez. Clearly, Johann realised this, took the lead and then tried to break away, because he was willing to take more risks than the others, who had a lot to lose. He rode incredibly in the opening laps and remained at the front until almost one lap to go. Unfortunately, Dani was really strong in the last ten laps and he made his move at the correct corner, which was turn 1 on the final lap and that was it, despite Johann’s efforts. Of course, a win is something magical and what everyone was hoping for, yet, this experience will certainly help him to be stronger. The last four races have been unbelievable with four consecutive front row starts and a second successive podium. In addition, I think we gave some valuable information to Factory Yamaha who tried our bike today. They could see that maybe it was better in some departments but not overall. Anyway, our rider showed that it doesn't matter what people are saying because he is the one making the difference and getting the results. I’d like to congratulate him for the whole season, which has been like a dream and say thanks for giving us the rookie of the year and top satellite titles with 6th in the championship. Furthermore, he has helped us to complete the campaign as the top Independent team. Another fantastic achievement is that this year, Johann has led the second highest number of laps, with 64, after Marquez. On the other side of the pit box, Michael made a lot of progress compared to Sepang and I’m sure that the dry weather helped him. He fought with experienced MotoGP riders and did a great job so we are happy with how things progressed and we know that it was not easy, but I would like to thank him for replacing Jonas. He is smart and he deserves more opportunities so I will try to do my best to give him some chances if it is possible to do so, in collaboration with Yamaha. Additionally, I really hope that Jonas watched this race and it will push him to work hard to recover. We need him and I hope that we can see number 94 on the other side of the garage soon. Thanks to the whole team for their hard work, it was an unbelievable season. Finally, I would like to say farewell to Wil Moody who has been a fantastic asset to the Monster Yamaha Tech3 team. I want to wish him good luck with his new adventure and say thanks for all of his work.”